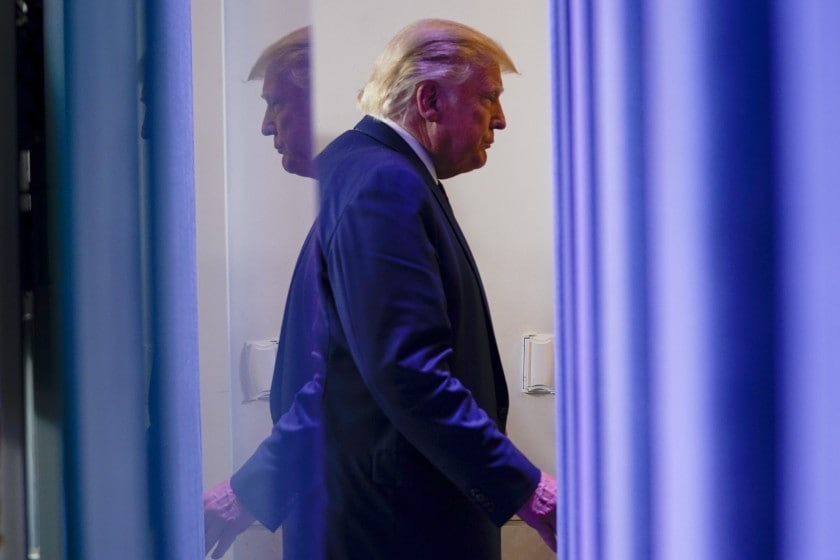 Iranian President Hassan Rouhani says the “scandalous” end of US President Donald Trump’s term in office proves that bullying and law-breaking will not lead to a good end.

Speaking in a Wednesday cabinet session, Rouhani said these days are not just marking the end of an administration, but the failure of the “maximum pressure” policy against Iran.

“This is not just the end of the tenure of an administration; rather, we are seeing the failure of a policy, the “maximum pressure” policy against a great nation as well as the failure of the economic terrorism policy. They wanted to disrupt Iranian people’s lives. We are seeing that at the end of three years of war and violence and terrorist acts, we are now seeing the revival of our country’s economy,” he said.

“It is not a matter of the old administration’s tenure ending, and that of the new one beginning in the US. Rather, in that country, we are seeing another downfall coupled with the embarrassment of the White House, and it shows bullying, racism and violating the law in the world will not have a happy ending,” President Rouhani added.

“Over the past three years, our dear and patient people resisted this infamous terrorist in history. Despite the fact that US officials claimed they would topple the Iranian Establishment in three months, they themselves were toppled with humiliation,” said Rouhani.

“Today, at the end of these three years of war, violence, and acts of terrorism in our country … we are witnessing a progress and stability in the country’s economy despite all the pressures,” the president noted.

The president said Iran managed to revive its economy despite Washington’s economic terrorism against the Islamic Republic.

Rouhani said the growth in the country’s exports during the past few months proves the fact that not only has the US maximum pressure policy totally failed, but its designers are falling and their political life has come to an end.

“A president who lacked political understanding took the helm of a country, and was accompanied by a stupid foreign minister and an ignorant and radical national security advisor. He handled everything with his gambling- and business-oriented mind, and we finally saw how his term ended,” he added.

Rouhani said the American society is now faced with a huge rift inside their country while the Iranian nation celebrates the disgraceful end of Trump’s era.

“On the same day that the Iranian people feel victorious against this pressure and terrorism, the American people witness great failure in their social and political lives and a huge rift inside the US,” he added.

“No one could believe this law-breaker [Trump] would order riot against his own nation, his own security, and the country’s legislature, and provoke people against the very democracy they believe in,” he added, referring to Trump supporters’ assault against the US Congress.

“We are approaching the anniversary of the escape of the former Shah of Iran from the country. This anniversary has coincided with an event similar to that event in another part of the world,” he said.

“The escape of that mercenary (the former Shah of Iran) on January 16 (1979) was a symbol of the embarrassment and the end of foreign oppression and colonialism in Iran. And today, we are seeing an almost unprecedented event in which another tyrant is being toppled in the United States,” President Rouhani added.