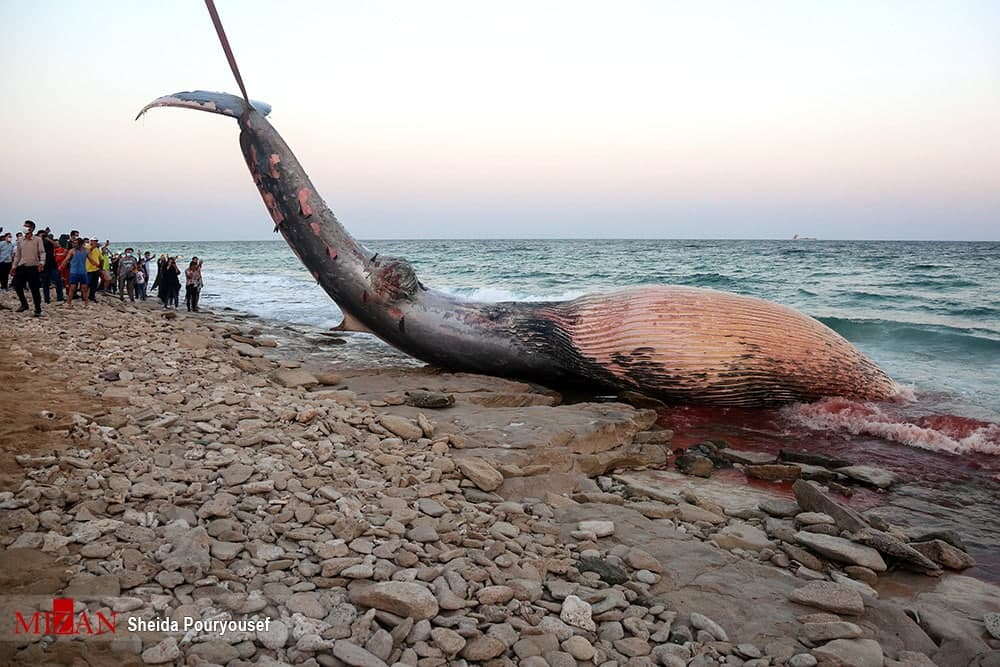 The carcass of a whale belonging to an endangered species of the mammal is found off the coast of Kish Island in southern Iran and buried there.

Authorities say the skeleton of the whale will be taken to the marine life museum on the island in the future.

“Initial studies failed to shed light on the cause of the death of this whale,” said Maryam Mohammadi, the head of the Environment Office of Kish Island.

“Because around five days had passed since the Whale’s death, and no injury was observed on the corpse of the whale, and the carcass was decomposing, it was impossible to find the exact cause of death,” she noted.

The official underlined the 14.5-metre-long female whale is a Bryde’s whale, which is listed on Appendix II of the Convention on the Conservation of Migratory Species of Wild Animals.
This type of whale is estimated to weigh five tonnes.