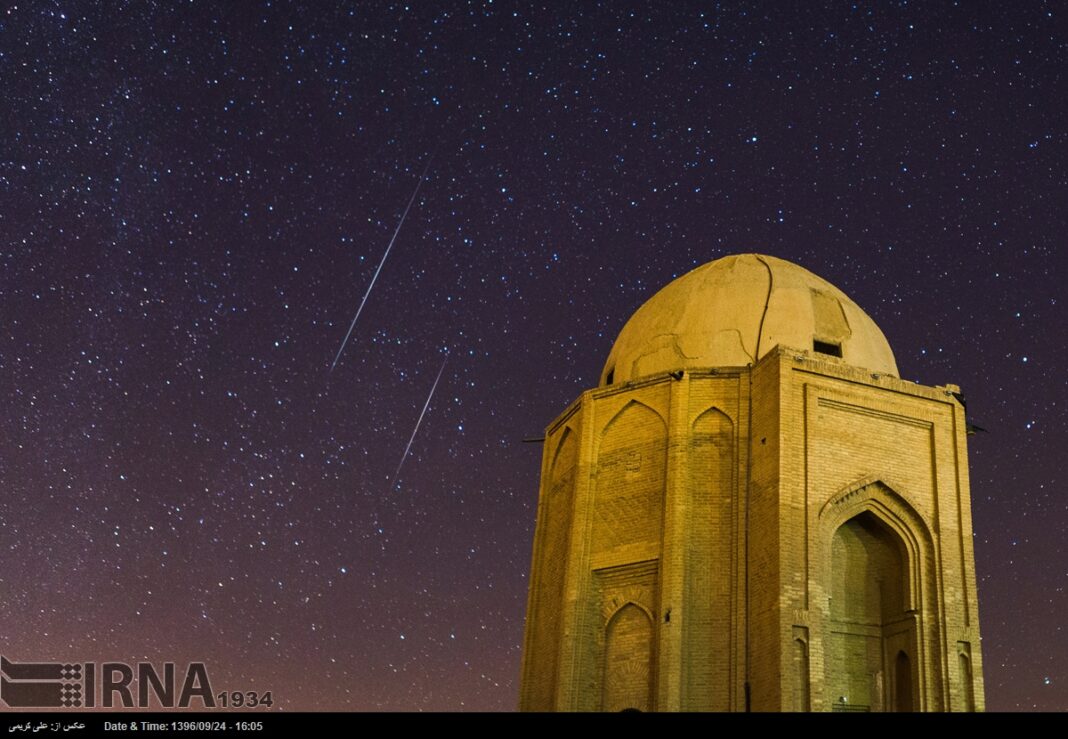 Iranian people this year celebrated the longest night of the year, known as Yalda Night, as the sky in several parts of the country was filled with beautiful meteor showers.

A meteor shower is a celestial event in which a number of meteors are observed to radiate, or originate, from one point in the night sky. These meteors are caused by streams of cosmic debris called meteoroids entering Earth’s atmosphere at extremely high speeds on parallel trajectories.

Most meteors are smaller than a grain of sand, so almost all of them disintegrate and never hit the Earth’s surface. Intense or unusual meteor showers are known as meteor outbursts and meteor storms, which may produce greater than 1000 meteors an hour.

Two meteor showers known as The Perseids and The Geminids mostly happen in December, around the winter solstice, and are more attractive than the others.

They were visible in many parts of Iran in the last days of autumn. The following photos by IRNA have been taken in Vafs village and Meighan Wetland near Arak in Iran’s Markazi Province: