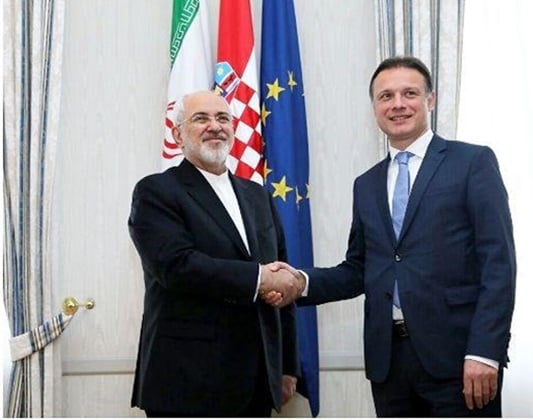 Prime Minister of Croatia Andrej Plenković has hailed the Islamic Republic of Iran for playing a positive and constructive role in the Middle East.

In a Thursday meeting with Iranian Foreign Minister Mohammad Javad Zarif in Zagreb, PM Plenković praised the positive and constructive role of Iran in the Middle East.

He also referred to the Islamic Republic as an influential country that is doing its best to bring stability into the region.

The Croatian prime minister hailed the very good level of ties between Tehran and Zagreb, and said, “In recent years, major steps have been taken to boost cooperation between the two sides, especially in the economic and commercial spheres, and they need to be continued and promoted.”

For his part, Zarif conveyed the greetings of the First Vice President of the Islamic Republic of Iran to the Croatian Premier, saying that “We are interested in developing bilateral relations with Croatia in all fields.”

The Iranian FM also stated that Halal tourism, energy, agriculture, food industry, advanced technology and banking are among the areas of cooperation between the two countries which are currently underway.

Cooperation with Croatia for investment and implementation of joint projects in neighbouring countries of Iran was one of the other points raised by Zarif.

He also emphasized the promotion of collaborations between the two countries at the regional and international associations and organizations, both bilaterally and within the framework of the European Union.

Earlier in the day, Zarif also met the Speaker of the Croatian Parliament Gordan Jandroković.

He emphasized that Iran is an important country in Croatia’s foreign policy and Zagreb is ready to develop ties with Tehran in all fields. 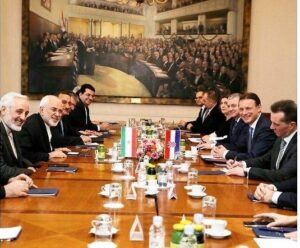 For his part, FM Zarif said bilateral relations in the political and economic spheres are at a very good level, especially the ties between the people of the two countries. He also conveyed the greetings of Iran’s Parliament Speaker to Jandroković.

He further expressed hope that by removing some obstacles and providing the necessary facilities, Tehran and Zagreb could witness the prosperity of mutual relations.

Strengthening parliamentary ties, the visit of the Croatian parliamentary friendship group to Iran, reviewing the areas of business, economic, scientific and cultural cooperation, as well as discussing the most important regional and international issues, especially the need to combat terrorism and extremism were among the other topics discussed at this meeting.

The meeting was held before the beginning of a joint meeting between Iranian and Croatian businessmen in Zagreb.

On the sidelines of the talks, the Iranian foreign minister signed the book of commemoration of Croatian Chamber of Commerce as well.

The two sides also attended the joint meeting of Iranian and Croatian businessmen. 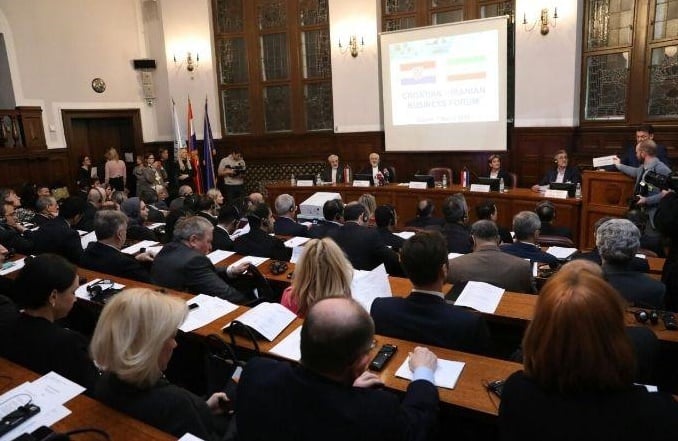 Zarif also paid a visit to the Islamic Centre of Zagreb as the last part of his trip to Croatia. During the Thursday visit, Zarif met with the Mufti of Zagreb Mosque Aziz Hasanovic and toured various parts of the mosque. 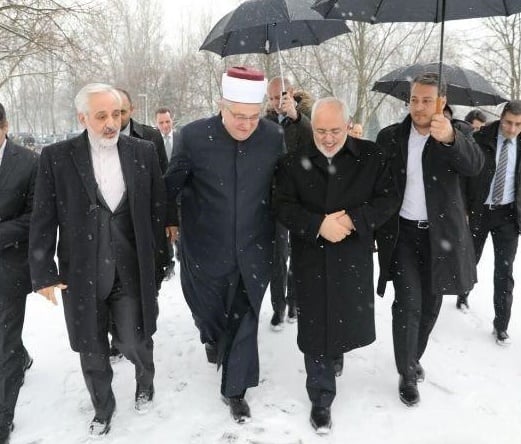