Couple Ties the Knot on Flood Waters in Southern Iran 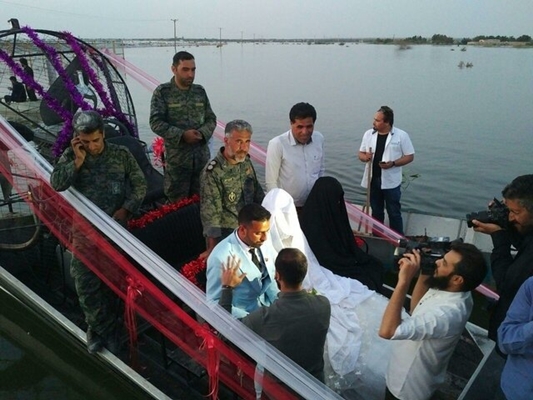 An Iranian couple in Khuzestan province, south-west of the country, has held their marriage ceremony on flood waters.

The young couple coming from a village in the flood-hit city of Soosangerd tied the knot on flood waters caused by heavy downpours in recent weeks.

The ceremony held next to a levee was attended by locals who had built the structure themselves. They had spent 15 days erecting the levee. 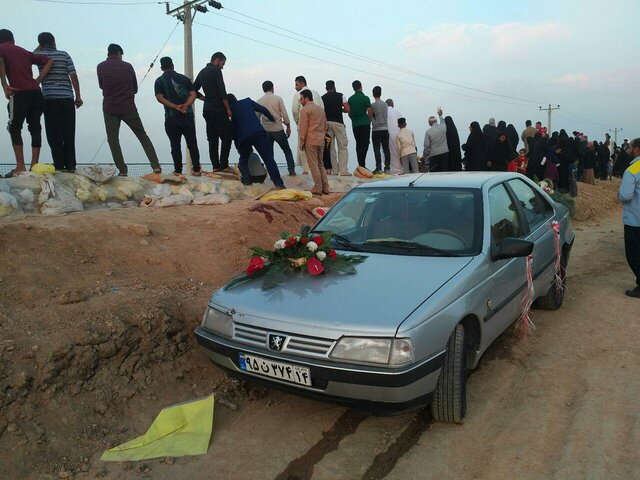 The young couple took the wedding vows on a boat, with locals standing atop the levee looking on.

After the marriage formula was recited, the bride and groom got off the boat, stepped onto the levee and entered the village. They began to dance along with other guests, creating a special mood in the flood-stricken areas.

Aid workers were also present at the ceremony. 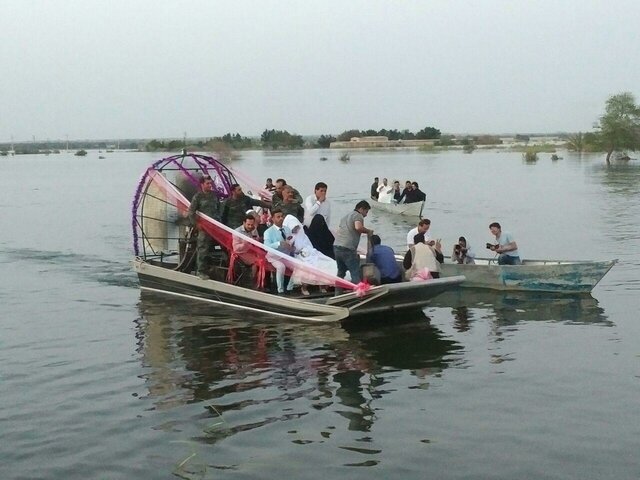