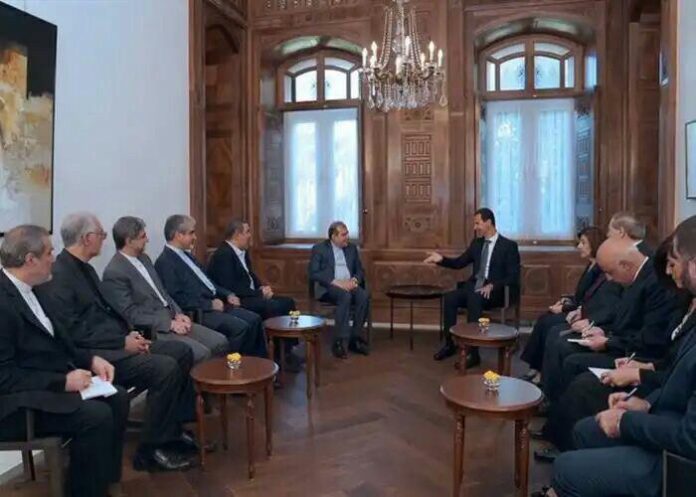 Syrian President Bashar al-Assad says the formation of the country’s Constitutional Committee was finalized thanks to coordination among Tehran, Damascus, and Moscow.

“The Constitutional Committee of Syria was formed despite all the problems created by the sponsors of terrorism, and that indicates our cooperation was successful,” he said.

He made the comments in a Tuesday meeting with Ali-Asghar Khaji, a senior assistant to Iran’s foreign minister in special political affairs, in Damascus.

In turn, Khaji highlighted the efforts made by the three guarantor states of the Astana Process – Iran, Turkey, and Russia – for the formation of the Syrian Constitutional Committee, and congratulated the Syrian nation and government on its finalization.

He presented explanations about the fifth meeting of the Iranian, Turkish, and Russian leaders in Ankara, and once again underlined the Islamic Republic of Iran’s resolve to help settle the Syria crisis through political solutions.

During his visit to Damascus, the Iranian diplomat also held talks with Syrian Foreign Minister Walid al-Muallem and some other high-ranking Syrian officials.

In the meetings, the Iranian and Syrian parties underlined the need for continued consultations between the two countries for full settlement of the Syria crisis.

UN Secretary-General Antonio Guterres on Monday announced the creation of Syria’s constitutional committee that could pave the way for a political solution to the country’s eight-year conflict.

Guterres told reporters that the committee, which includes representatives from the government and opposition, would convene in the coming weeks. “It will be facilitated by the United Nations in Geneva.”

The announcement came after a trilateral summit between the presidents of Iran, Russia, and Turkey, the three guarantor states of the Astana Process, in Ankara on September 16.

The Astana Process is an initiative launched in 2017 by the three countries to help settle the six-year crisis in Syria.