Congratulations Pour in for Iran after World Cup Qualification

Iran became the first team from Asia, and the second team in the world, to qualify for the 2018 FIFA World Cup Russia after a 2-0 victory over Uzbekistan on Monday evening.

Iran’s President Hassan Rouhani in a post in his Twitter account praised the country’s national team for booking the ticket to Russia by a significant margin.

“Thank you guys,” the president noted, adding that the success made all Iranian people happy. 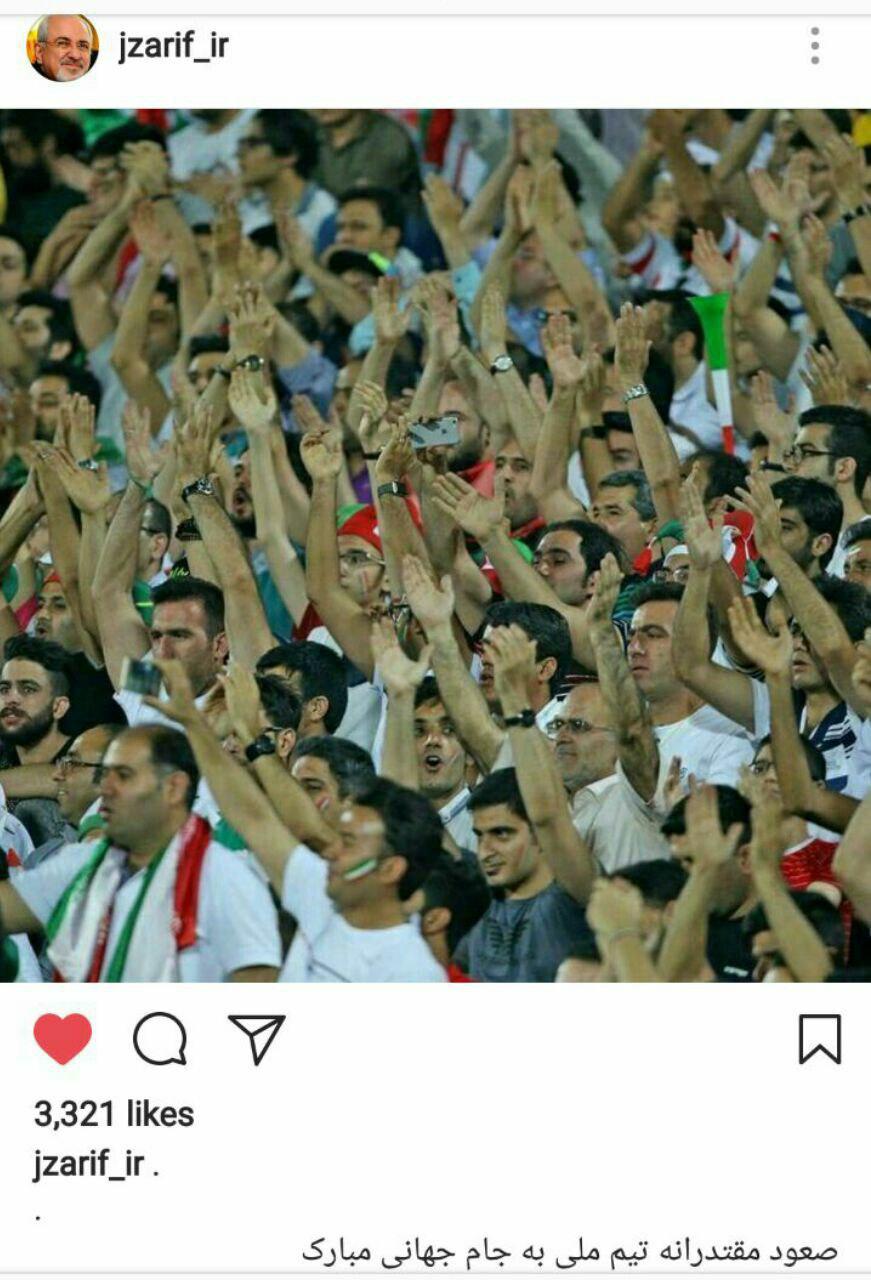 FIFA also highlighted the Iranian victory, and said in its Instagram, “Iran became the second team to qualify for next year’s World Cup finals as they beat Uzbekistan 2-0 with goals from Sardar Azmoun and Mehdi Taremi.”

The AFC also congratulated the Team Melli for joining Brazil and Russia at the 2018 FIFA World Cup.

“On behalf of the Asian football family, I would like to congratulate the Islamic Republic of Iran for their convincing and consistent campaign throughout the qualifiers to become the first Asian team to qualify for Russia 2018.

“This achievement reflects the hard work and commitment of the Football Federation Islamic Republic of Iran to succeed at the highest international level. As envisaged in the AFC’s Vision and Mission, I hope their World Cup qualification will inspire the team to do Asia proud on the world’s biggest stage.

“As we approach the closing stages of qualification, I wish all our teams the very best of luck.”

Team Melli will be one of two teams to be heading to Russia 2018 from Group A of the third round of Asian zone qualifying. Carlos Queiroz’s side move on to 20 points at the top of the group after eight rounds of matches, eight points clear of third-place Uzbekistan, who are unable to catch the Iranians with their two remaining qualifiers in the group.

This is the fifth qualification to the global finals for Iran, having previously appeared at football’s showpiece event in 1978, 1998, 2006 and 2014. They join hosts Russia and five-time World Cup winners Brazil in securing their spot for next summer.