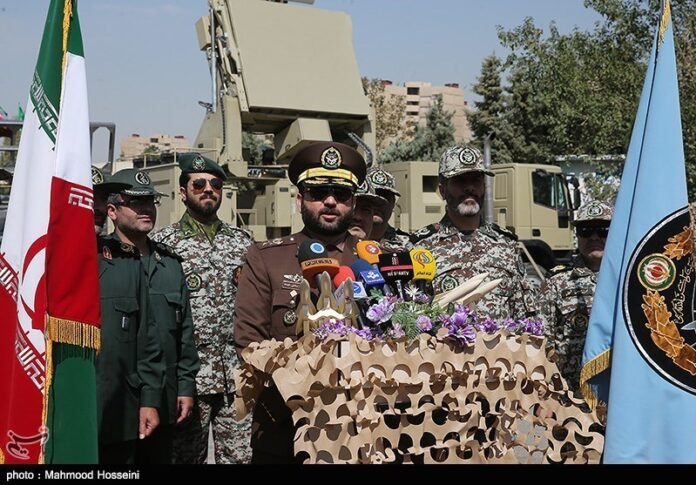 The air defence base is protecting 3,700 sensitive and critical sites inside the country and beyond the borders, Brigadier General Farzad Esmaili said in a speech on Sunday May 5.

“[Iran’s] air defence doctrine is based on 360-degree threat (detection and assessment) and therefore all of our artillery, radar, missile, electronic surveillance and monitoring systems should be aware of each other and act as an integrated network to have a coherent defence,” the commander went on to say.

Back in April, Lieutenant Commander of Khatam al-Anbia Air Defence Base General Ali Reza Sabahi-Fard had said that there has been a 1.5-fold increase in the number of the Air Defence missile sites across the country over the past five years.

He also noted that the country’s radar stations had doubled in number in the same period.

Thanks to advanced, home-grown radars, some with ranges over 1,000km, Iranian forces can monitor the enemies from home, General Sabahi-Fard added.