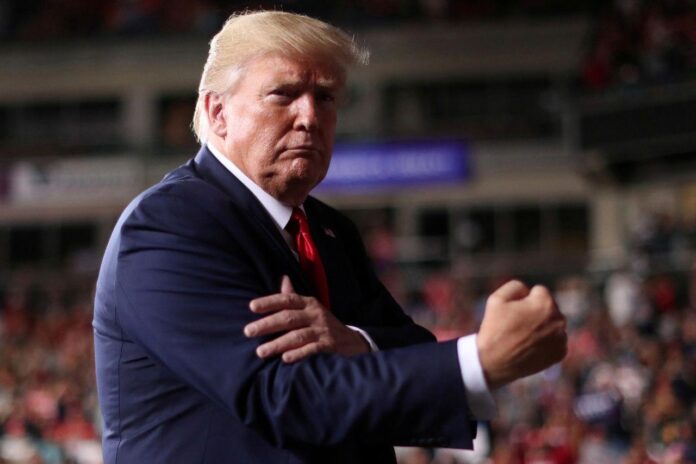 A political analyst says there is every chance of a civil strife and security crisis breaking out in the United States should the incumbent president fail to secure a re-election.

Amirali Abolfat’h said such developments are likely to happen if US President Donald Trump loses the upcoming presidential ballot.

“Now, it is not only the issue of the US presidential election which is important; rather, domestic security in the United States is a serious matter, too. Even many political observers believe there is a serious chance of civil war erupting in the US. So, Trump’s losing the election trigger unexpected events,” said the analyst in an interview with Iranian news website Entekhab.

“Apparently, the Democrats have put ‘voting by mail’ on their agenda due to the coronavirus outbreak and the fact that many voters won’t risk their lives taking part in the election; however, many Republicans, and Donald Trump himself, are concerned that the election could be marred by fraud and irregularities. They argue that votes could be lost when sent to the post office, or the votes may not be delivered on time, or that ballot papers could be marred by irregularities,” he said.

“Apparently, Trump is concerned that voter turnout in pro-Democrat states will be high, but fewer voters will go to the polls in Republican states where election is not held via mail, which could see him lost the ballot,” the analyst said.

“At this juncture, the key point is not only Donald Trump’s defeat in the presidential election; rather, Republicans’ major concern and fear is that in parallel with Trump’s defeat in the election, the Democrats may secure a majority in the Senate. It would be a major disaster for Republicans if Democrats gain control of both Congress and the White House,” said the analyst.

“Republicans know well that if such a scenario happens, many of the plans and programs approved by Trump’s conservative administration will be taken off the agenda,” he noted.

“At this juncture, the American society has become deeply polarized and we can describe the future conditions as a powder keg,” he said.