‘Cinema Great Chance to Give True Image of Women in Iran’ 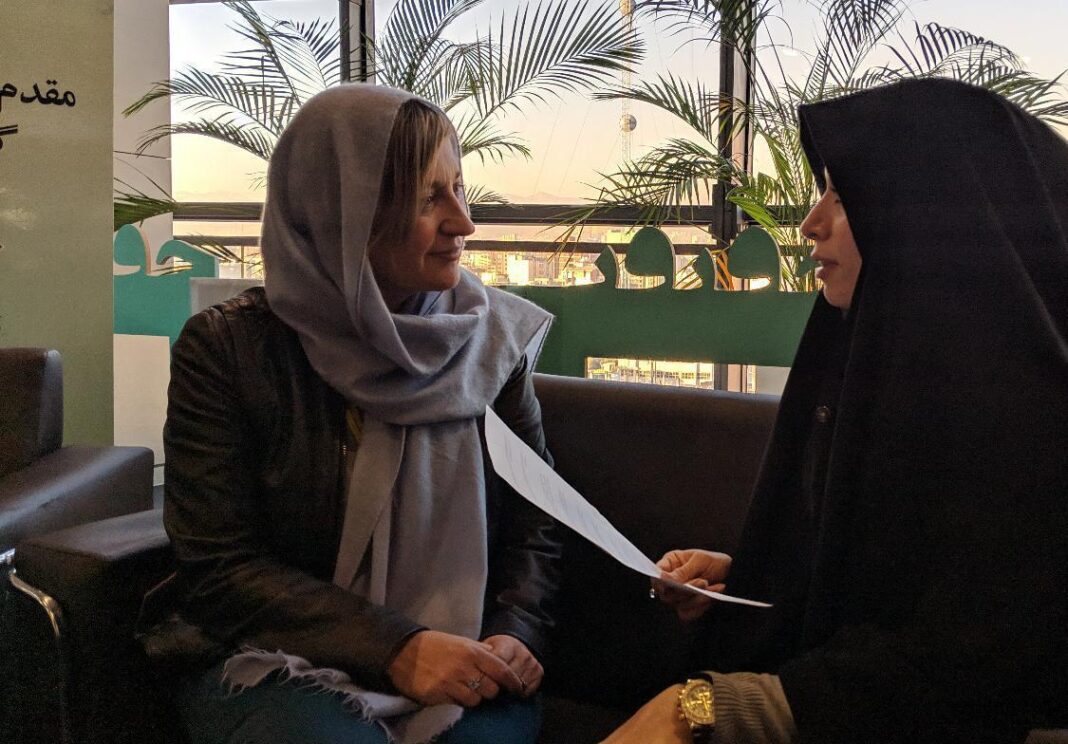 Elena Subirà i Roca, the head of cultural affairs and planning at a documentary film festival in Spain’s Barcelona, says cinema is the best means for letting the world know about the wide range of women’s activities in the Iranian society.

The cultural activist, who is in Tehran to attend the Cinema Verity international documentary film festival, made the comment in an interview with IRNA.

She recounted her experience of visiting Tehran, and said Iran is a fabulous country with a culture that is the cradle of all world cultures.

She said Iran is a peace-loving country which would like to open up to the whole world.

She said Iran’s cinema is very vast and rich, and has many productions to offer to international film markets. She said the cinema industry is a proper opportunity for Iran to present the realities of this country to the world and rectify the untrue image of Iran painted by certain foreign media outlets.

She said one of the good subjects for foreign film-makers can be Iranian women’s active role in society, including their role on cultural and educational fronts as well as their way of thinking, how they manage their lives and how interested they are in their country.

She was asked whether or not her observations in Iran regarding women and their role in society were consistent with the accounts given by certain Western media. In response, the cultural activist said that some Western media outlet claim women’s role and rights are mostly ignored in Iran. However, she says, “I found out during this short trip to Iran that women are very active, strong, effective and dynamic and play key roles in society.”

To mention a few examples of Iranian women’s role in society, she says, one can refer to the women taking part in this Tehran festival as well as the women working at different managerial levels and even women taxi drivers. She says Iranian women are educated.

“Some of them go abroad for education and return to their country after they finish their studies. This is very interesting to me and it can bring a better future for Iran. In my opinion, media give their audience the kind of information which they want and which serves their interests,” she said.

She was asked how she would describe to friends and family her experience of visiting Iran when she returns home. In response, she said her trip to Iran was unfortunately very short and that she would definitely travel to Iran whenever she gets the chance to.

“I also recommend my friends not miss the chance to visit Iran. I will tell them that Iran and Tehran are very safe, lively and dynamic,” she said.

Addressing some leaders of major world powers who do not know Iran’s history and civilization well and who sometimes talk about Iran with the language of threat and sanctions, she said, “Try to understand others and those who think differently and [try] to respect others’ beliefs and thoughts.”

She concluded by saying that she believes Iran is an extraordinary and cultural country which is the birthplace of all other cultures in the world.