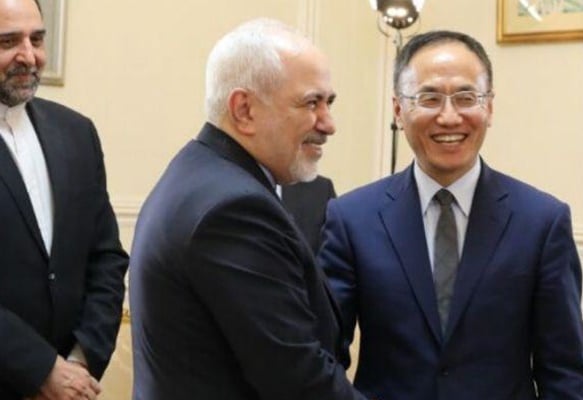 During the meeting, the Iranian foreign minister said relations between Iran and China are long-standing, important, friendly and comprehensive. He also called for development and deepening of these ties.

Referring to the diversity and abundance of capacities and capabilities of the two countries, FM Zarif emphasised that the Islamic Republic is resolved to expand its bilateral ties with China.

The Chinese official, in turn, submitted separate letters of the President of China to the Leader and the President of the Islamic Republic of Iran. He further described the visit of Iran’s Parliament Speaker to China as important and successful.

Stressing the importance and expansion of strategic ties between Iran and China, Xiaodong added that the Chinese president has touched upon the preserving and strengthening of relations with Iran and has issued necessary directives to all state sectors in China.