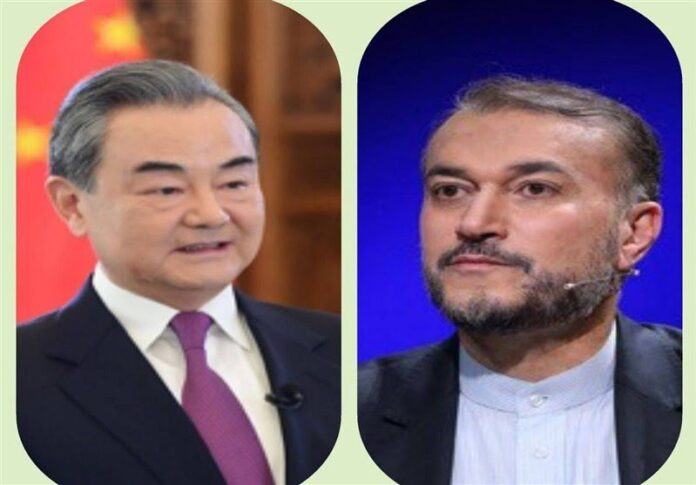 China’s foreign minister says his country is ready to promote ties with the Islamic Republic of Iran, saying Beijing favors expansion of the strategic ties with Tehran.

China’s State Councilor and Top diplomat Wang Yi has sent a message to Iranian Foreign Minister Hossein Amir Abdollahian to congratulate him on his appointment to the post.

In his message, Wang Yi highlighted the age-old and traditional friendship between Iran and China and referred to the 50th anniversary of the establishment of their diplomatic ties.

He said Tehran and Beijing have maintained and deepened their relations based on a strategic partnership.

Wang Yi also referred to the recent telephone conversation between the presidents of Iran and China and their agreement to promote ties, saying he’s ready for joint efforts with the Iranian foreign minister toward coordination, cooperation and further expansion of the strategic ties between Tehran and Beijing.

Iran and China have recently signed a 25-year-old Cooperation Program that reportedly covers various areas including military and energy sectors.