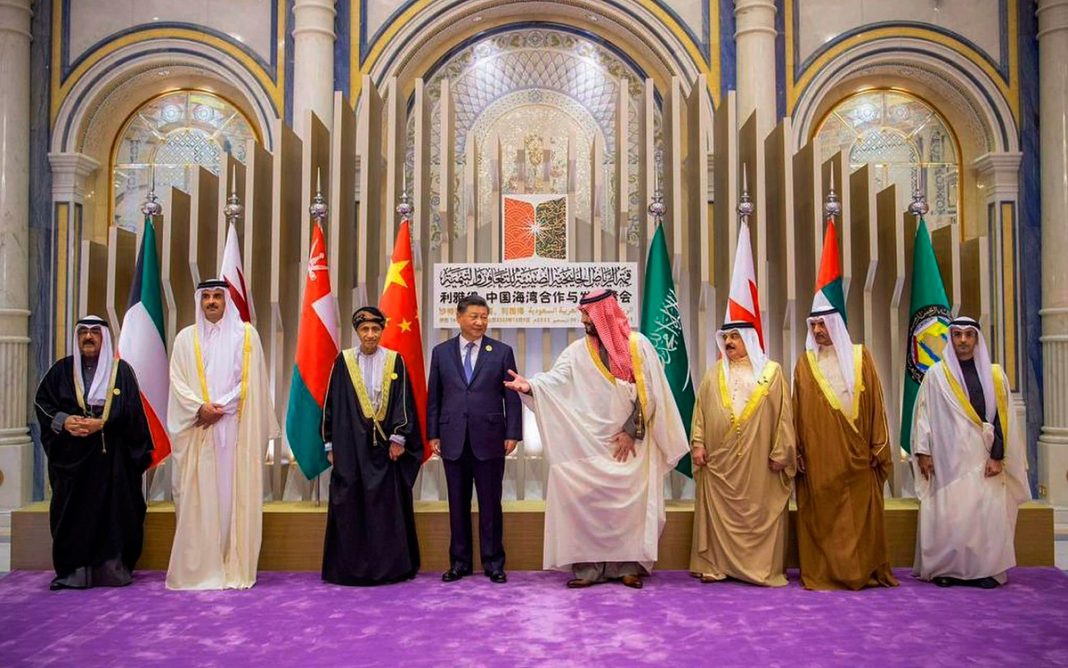 “China and Iran enjoy traditional friendship. The GCC countries and Iran are all China’s friends, and neither China-GCC relations nor China-Iran relations are targeted at any third party,” the spokesperson stated at a regular press conference on Monday.

“China supports the GCC countries in improving relations with Iran based on the principle of good neighborly friendship, conducting win-win cooperation with Iran, and jointly promoting the development and stability in the Persian Gulf,” he added.

Wenbin also voiced China’s willingness to continue to play a constructive role in this regard.

Pointing to a joint decision by Iran and China to cement and grow a comprehensive strategic partnership, Wang reiterated his country’s readiness to increase communication and coordination with Iran to make new progress in relations between the two countries.

He noted that Tehran and Beijing have signed a plan for comprehensive cooperation, which they started implementing earlier this year, saying, “China will work with Iran for the sound and steady growth of practical cooperation.”

He stated a visit by Vice Premier Hu Chunhua to Iran, which is scheduled to start later on Monday, will play a positive role in deepening China-Iran comprehensive strategic partnership.

Iran and China signed a landmark 25-year comprehensive strategic partnership agreement in March 2021 in defiance of the US’ unilateral sanctions.

The deal officially documents the Sino-Iranian Comprehensive Strategic Partnership that was announced during a visit by Chinese President Xi Jinping to Tehran in 2016. It sets the outlines of the two countries’ cooperation in political, cultural, security, defense, regional, and international domains for the next 25 years.

Wenbin further pointed to the importance of a recently-held China-PGCC Summit for the expansion of relations between the two sides, saying that it led to issuance of a joint statement by China and the PGCC and adoption of a 2023-2027 action plan for strategic dialogue between the two sides.

In the joint statement, which was issued at end of the summit in Riyadh, Saudi Arabia, on Friday, the leaders affirmed their support for what the called “all peaceful efforts, including the initiative and endeavors of the United Arab Emirates” to reach a peaceful solution to the issue of the three Persian Gulf islands through bilateral negotiations.

For many years, the UAE has been laying unfounded and baseless claims to the ownership of the three islands, turning a blind eye to the fact that all historical realities and countless documents prove that they belong to Iran. Iran, on the other hand, has time and again reiterated that the three islands of Abu Musa, the Greater Tunb and the Lesser Tunb in the Persian Gulf are inseparable parts of its territory and their status is not open to any negotiations.

In reaction to the joint statement, Iranian Foreign Minister Hossein Amirabdollahian on Saturday once again reaffirmed that the three islands in the Persian Gulf are eternal parts of the country’s territory, emphasizing that the Islamic Republic will never compromise on its territorial integrity.

“The islands of Abu Musa, the Greater Tunb and the Lesser Tunb in the Persian Gulf are inseparable parts of the pure land of Iran and belong to this motherland forever,” he added.

Kan’ani also refuted the content of the statement on several issues related to Iran, adding that the claims mentioned in the statement regarding the trio of Iranian islands in the Persian Gulf amounted to “interference in the territorial affairs” of Iran.

The spokesperson reassured that the three Persian Gulf islands of Abu Musa, the Lesser Tunb, and the Greater Tunb are inseparable parts of Iran.

“We consider the claims on these islands as interference in the internal affairs of Iran and strongly condemn such claims,” he continued.