The head of the International Liaison Department of the Communist Party of China Song Tao says Iran has made huge progress in scientific and technology areas.

Tao made the remarks on Tuesday after holding talks with Iran’s Vice President for Science and Technology Sorena Sattari and accompanying him in a tour of Pardis Technology Park in Tehran.

“Iran and China have had good relations since a long time ago through Silk Road. Today, we are going to continue the cooperation through One Belt, One Road,” the Chinese official said.

He went on to say that despite international developments and challenges, China’s will to expand its mutual ties with Iran has not been undermined and it welcomes any expansion of ties in all areas.

“We also support Iran’s measures to protect its legal interests. The pressure by the US on Iran and china will end up in failure.” 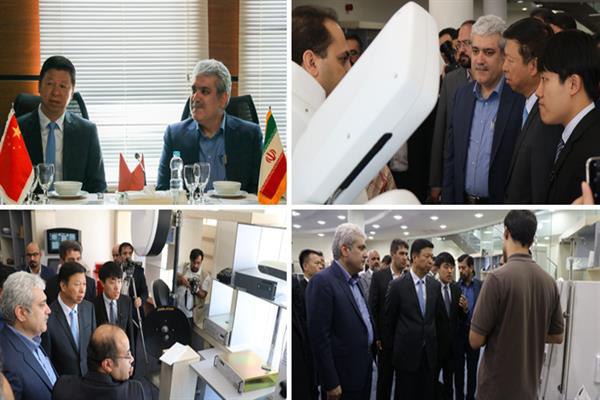 “During my visit to Iran, I’ve come to realize that Iran exports not only oil and gas but also scientific and technological achievements,” he noted.

“Iran and China enjoy untapped capacities to expand their mutual ties in various issues including technology,” he noted.

For his part, Iranian vice president said Iran and China have long-time relations and added the two sides have recently increased their cooperation in technology area.

“Today, we have 50 joint projects in this area.

Meanwhile, we have made huge progresses. At least five Iranian firms are active in China in this area. Some parts of the progresses made by innovative Iranian youths are visible in Pardis Technology Park,” he said.

He expressed satisfaction that Iran and China’s ties in technology area is on the rise and added unlike what many may think, Iran doesn’t solely depend on its oil and gas.

“We have lots of innovative human resources in our country who can make deep changes in our economy. The innovation youths have already begun their activities in knowledge-based firms.

Today, Iran has the largest knowledge-based firms in the region,” he said.

According to Sattari, over the past year, the number of Iranian startups and knowledge-based firms has increased significantly.

“Today, even some traditional investors have turned into the new area. We have over 40 technology parks in Iran,” he concluded.