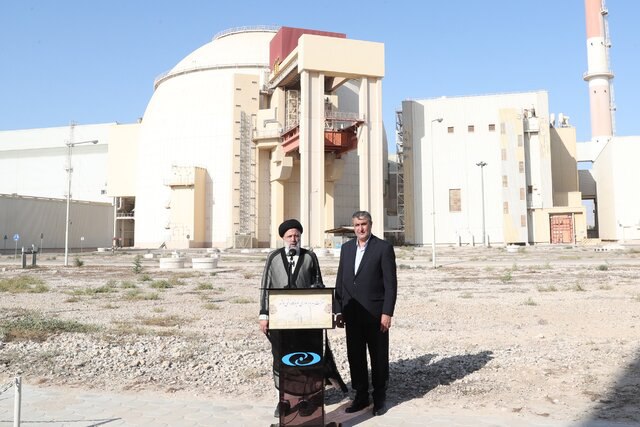 “We are delighted that the Bushehr Power Plant is operating at its maximum nominal capacity and produces one thousand megawatts of electricity, and this amount will triple in its development phases,” Raeisi said during a visit to the nuclear power plant in southern Iran on Friday as part of his sixth provincial trip since he took office in early August.

He also said the Atomic Energy Organization of Iran has been tasked with increasing the country’s nuclear electricity production capacity to ten thousand megawatts.

“The Islamic Republic of Iran’s definite policy is the use of peaceful nuclear energy and we will not give up on that,” Raeisi, who was accompanied by Iran’s Atomic Chief Mohammad Eslami, told reporters.

He also said the Atomic Energy Organization of Iran should supply part of water consumed in Bushehr through nuclear water desalination.