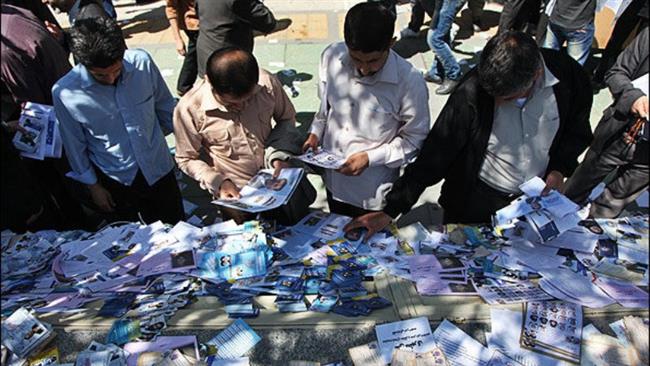 As many as 6,300 candidates, including 586 women, are campaigning for a place in the country’s 290-seat parliament.

Earlier this week, Iran’s Interior Ministry finalized the full list of approved candidates for the parliamentary election, due on 26 February, after the Guardian Council endorsed their qualifications.

According to Siyamak Rahpeyk, the spokesman for Iran’s Central Elections Supervising Committee, some 55 percent of those registered have received approval, setting a record in the history of the parliamentary elections.

At least 21 people will compete for each seat in parliament, said the official.

In the capital Tehran, over 1000 candidates are competing for just 30 seats.

Parliament’s members are elected every four years, and former and current members can be re-elected.

On the same day, Iran will also hold the election for the next Assembly of Experts.

The body elects and oversees the activities of the Leader of the Islamic Revolution, and is in a position of authority to either appoint or dismiss the Leader.

On Wednesday, Leader of the Islamic Revolution Ayatollah Seyyed Ali Khamenei warned of “enemy plots to influence” the upcoming elections.

The Leader said that the US plans to challenge the Guardian Council’s decisions and portray the elections as illegal.

“Since the first day of the [Islamic] Revolution, Americans have opposed certain basic organs, including the Guardian Council, but they could not do away with it. Now they want to call into question its decisions,” the Leader said.