Calm Restored to Bazaar of Tehran after “Guild-Related” Protests 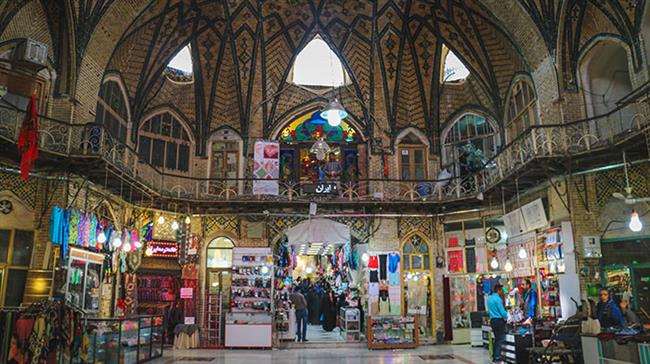 The Secretary general of the Islamic Society of Tehran Guilds and Bazaar says calm has returned to the Grand Bazaar of Tehran after a few hours of guild-related protests earlier today.

Speaking to Tasnim news agency on Monday, Ahmad Karimi Esfahani said a group of businesspeople in Tehran Bazaar shut down their businesses at the morning in protest to economic performance of President Hassan Rouhani’s administration and foreign exchange problems.

The protesters, he added, “chanted economic slogans in protest at the existing [economic] conditions, as a result of which a large group of other businesses were shut down on security grounds and to prevent possible robberies.”

The official added that the situation in Tehran Grand Bazaar is calm now and the shop owners are opening their shops to resume activities, but this does not mean that their rightful demands have been met, because the administration is “completely ineffective” in the economic sector and it apparently does not want to hear the voice of people and protesters.

He emphasized that protest against the economic performance of President Rouhani’s administration is a protest in line with the regulations of the Islamic establishment and should not be interpreted as a move against the Islamic Revolution.

“We had repeatedly warned the administration that it must shore up its economic team, but now we have come to the conclusion that this team must change,” Karimi Esfahani pointed out.

He said the administration had better speak with the people honestly and give answers to them about its economic performance.

Meanwhile, the Central Bank of Iran (CBI) said on Monday that it had plans to create what it described as a secondary currency market to help ease tensions that plunged the rial against the US dollar to a record low level on Sunday.

The CBI chief Valiollah Seif told reporters that the secondary currency market would be dedicated to selling US dollars to importers of “essential goods” by exporters of non-oil products such as petrochemicals.

Iran’s First Vice President Es’haq Jahangiri on Sunday called on all Iranians to close ranks and counter a “serious economic war” launched by the United States against the Islamic Republic.

“The Americans, in their opinion, have begun a serious war against our country, thinking they can succeed in crippling our economy so that Iran, in the words of the US president, would be forced back to the negotiating table,” Jahangiri said.

“Under the current circumstances, all state officials including the Executive, Majlis, the elite, political currents and all Iranian people are required to unite against the big plot, which has started, and help [the country] weather these conditions with dignity.”