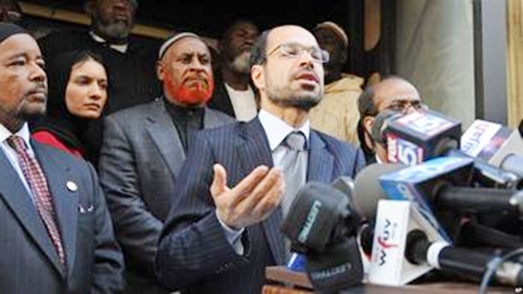 The Council on American–Islamic Relations (CAIR) has condemned the Orlando nightclub mass shooting that left at least 50 people dead and 53 others injured on Sunday, calling it a hate crime.

The gunman, identified by US media as an alleged Daesh [ISIS] sympathizer named Omar Mateen, a US citizen of Afghan descent from Port St. Lucie, Florida, took hostages at the club and barricaded himself in the complex but was later killed by specially trained SWAT units. Daesh later claimed responsibility for the attack, according to media outlets affiliated with the terror group.

“Our hearts, thoughts, and prayers are with the victims and their families… This is a hate crime, plain and simple. We condemn it in the strongest possible terms. It violates our principles as Americans and as Muslims,” Nihad Awad, CAIR’s National Executive Director, said on Sunday.

Awad insisted that Daesh is an outlawed group which doesn’t represent Muslims. “You do not speak for us. You do not represent us. You are an aberration, you are an outlaw … they don’t speak for our faith. They never belonged to this beautiful faith.”

The remarks come after presumptive Republican presidential nominee used the attack to push ahead with his anti-Muslim rhetoric. Donald Trump said the shooting further proved [the correctness of] his xenophobic campaign.

“Appreciate the congrats for being right on radical Islamic [sic] terrorism,” he said. “I don’t want congrats, I want toughness and vigilance. We must be smart!”

Trump called to bar all Muslims from entering the United States while campaigning in primary season.

Earlier, US President Barack Obama denounced the Orlando shooting as an act of terror and hatred, and ordered the American flag lowered to half-mast to honour the victims.

“Today as Americans we grieve the brutal murder, a horrific massacre of dozens of innocent people,” Obama said during a White House address to the nation.

“Although it is early in the investigation, we know enough to say that this was an act of terror and an act of hate,” he added.

The US Federal Bureau of Investigation (FBI) said it is investigating both domestic and international connections to the mass shooting.