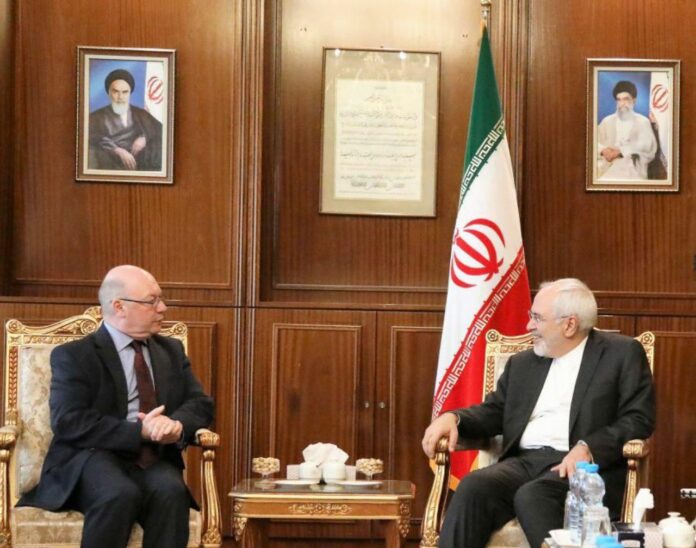 British Minister of State for the Middle East and North Africa, Alistair Burt, and Iran’s Foreign Minister Mohammad Javad Zarif have held a meeting in Tehran ahead of the swearing-in ceremony of President Hassan Rouhani.

During the Friday evening meeting, Burt touched upon his country’s interest in developing cooperation with the Islamic Republic of Iran.

The two sides emphasized the implementation of the nuclear deal between Tehran and world powers, known as JCPOA, and exchanged views on the regional issues.

The Iranian and British officials also called for an end to the conflict in Yemen, and urged that the appalling conditions of people in the impoverished Arab country should be addressed.