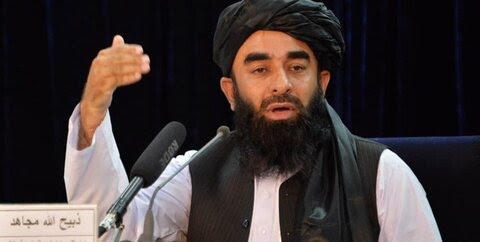 The Taliban says they have issued the necessary instructions in order to avoid a repeat of incidents similar to the Wednesday shootout which took place along the Iran-Afghanistan border.

The announcement came after clashes erupted between Iranian border guards and the Taliban when the Afghan forces opened fire on Iranian farmers.

Taliban Spokesman Zabiullah Mujahid said in tweet that the incident was the result of a misunderstanding, and added the issue has been settled now with both sides’ agreement.

Wednesday’s clashes began over a misunderstanding, triggered by Taliban border guards mistaking the wall for the Iranian border.

Tehran-based Tasnim News Agency also cited an informed source as saying that the reports on the Taliban seizing Iranian border posts during the clashes are “basically false”.

The report said the footage published on the clashes also shows the initial moments of skirmishes and Iranian border guards are now in full control of the Iranian side of the border.
Latest reports suggest calm has returned to the area.