An Iranian Red Crescent Society official said climbers searching for the black box of a plane that crashed south of Isfahan province last month have found new pieces of the plane that could contain its black box.

Hossein Derakhshan, the spokesperson of the Iranian Red Crescent Society’s Relief and Rescue Organisation, announced on Saturday that the new pieces of the plane might include the doomed ATR plane’s black box, but they need to be investigated after being transferred down.

Along with the plane wreckage, further remnants of the victims have been found, which will be soon transferred to the bottom of the mountains, he added in a Farsi interview with Mizan.

Mohammad Saeed Sharafi, a Civil Aviation Organisation official, also told IRNA that examinations by CAO experts were needed to confirm if the black box has been found. 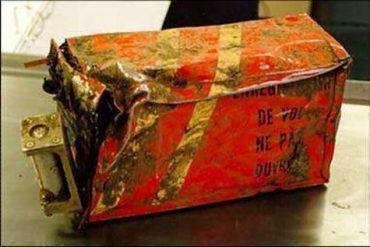 An Iranian lawmaker also announced that once the black box is found, it will be handed over to the prosecutor’s office to be investigated.

The ATR-72 flight operated by the Iran Aseman Airlines crashed on February 18 into areas near the peak of Dena Mountain, 50 minutes after taking off from Tehran’s Mehrabad Airport and before making it to Yasuj in western Iran.

There were no survivors among the 65 passengers and crew members on the plane, whose bodies were buried under ice and snow.

The search and rescue operation started shortly after the tragic incident in mountains adjacent to the crash site, but bad weather, including dense fog, snow, and high winds have slowed down the recovery efforts in the Dena mountain range. The severe weather has also prevented helicopters from landing in the area and accelerating the search operation.