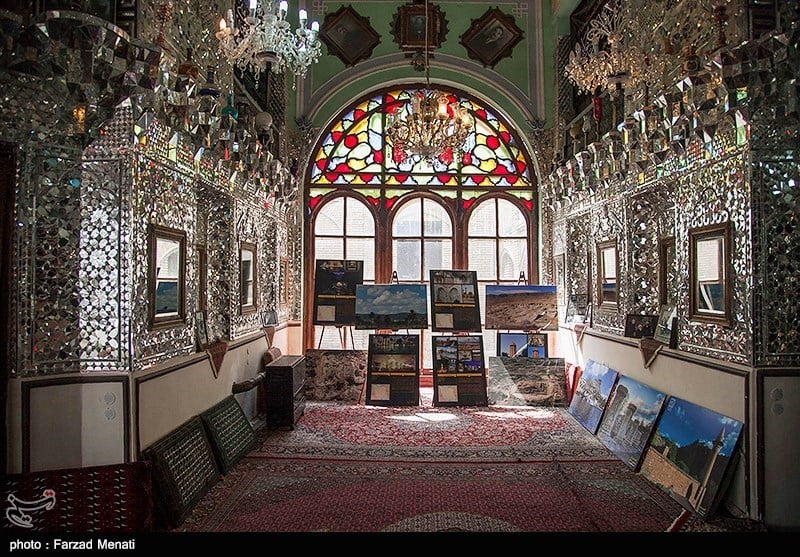 Biglar Beigi Tekyeh is a valuable building in the historical neighbourhoods of the ancient and beautiful city of Kermanshah in western Iran.

It is built in the Qajar era by Abdollah Khan, who was nicknamed Biglar Beigi, is known for its dazzling mirror-tiled central dome room.

The building has a big yard with a small pool in the centre. The doors of the building that open to the yard have colourful glasses.

Biglar Beigi Tekyeh has long been used during Muharram to hold mourning ceremonies for the martyrdom of Imam Hossein (AS), the third Shia Imam.

It hosts two important museums: one for calligraphy and another for Paleolithic era artifacts.

In the calligraphy museum, ancient documents of Biglar Beigi family are put on a show.

The Paleolithic museum, named Zagros, the only one of such kind in the Middle East, puts on display items from ancient times, including rich collections of stone tools and animal fossil bones.

The following are photos taken by Tasnim News Agency of the mansion: