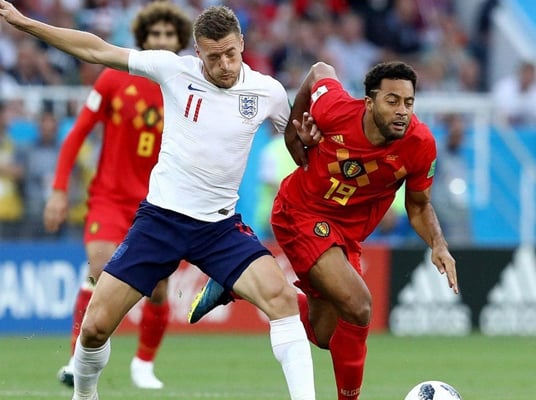 An Iranian instructor of the Asian Football Confederation (AFC) says the Belgian national football team has a great chance for success in the 2018 FIFA World Cup thanks to its players’ great capabilities and mental power.

In a recent interview with Azad News Agency, Eghbali said most of the Belgian team members play for leading clubs in the world, adding the players have contributed considerably to their teams’ success thanks to their high capabilities as well as their exceptional mental power.

“The Belgian team enjoys extraordinary halfbacks including Kevin De Bruyne and Eden Michael Hazard and Mertens. Their defence line is also highly prepared with their goalkeeper in an ideal physical condition. The team can be highly dangerous in counterattacks,” he added.

“Interestingly enough, among the nations with highly professional leagues like England, Spain and Germany, it was the Britons who managed to reach the Semis. This reveals that their players hadn’t recovered fully yet from the huge pressure exerted on them by their club matches,” he said.

Eqbali then referred to the physical preparedness of the participating teams in the 2018 World Cup’s semis and added the factor of chance played its role in the success or failure of many teams during the tournament.

The play-off match for the third-place will be held between England and Belgium within a few hours. The two teams suffered defeats against Croatia and France in the Semis, and are going to play their second match in the 2018 tournament. Earlier in the Group Stage, Belgium defeated England 1-0 with a goal by Adnan Januzaj.

The Saturday match will be officiated by Iranian referee Alireza Faghani and his assistants Reza Sokhandan and Mohammad-Reza Mansouri.