Iranian Foreign Minister Mohammad Javad Zarif says unlike Saudi Arabia, the Islamic Republic of Iran is looking for a political solution to the ongoing crises in Syria and Iraq.

In his op-ed published on Friday in The New York Times, Zarif says responsible leaders in regional and world capitals alike must step up and tackle the momentous challenges at hand to avoid the spread of terrorism and militant extremism.

“Sword dances and lavish banquets aside, fundamental contradictions must be addressed,” he noted.

Here is the full text of his article:

As President Trump was being feted in the palaces of the Saudi royal family after concluding a historic arms deal, Iranians were celebrating the outcome of a hard-fought election. The vote manifested the determination of Iran’s electorate to continue on the path of moderation and constructive engagement based on mutual respect that brought the world the nuclear deal in 2015.

If past performance is an indicator of future success, another $110 billion worth of weapons will neither reduce “the burden” on the American military nor support “the long-term security of Saudi Arabia,” as the State Department argues. The last time the Saudis spent that kind of money was when they provided billions to the Iraqi dictator Saddam Hussein in the 1980s to arm his war of aggression against Iran. Look what that bought them and the world.

At best, Mr. Trump is extorting our Saudi neighbours, milking them for money they do not have. At worst, he could be turning the United States into Saudi Arabia’s mercenary in the Middle East, a rather ignominious position for America considering where 15 of the Sept. 11 hijackers came from. A security crackdown in Saudi Arabia before Mr. Trump’s visit — as well as the Bahraini regime’s deadly attack on a sit-in immediately afterward — suggest that the region’s despots feel that they’ve been given carte blanche to stamp out peaceful dissent.

In other words, something deeply rotten is unfolding in our part of the world.

To avoid the spread of terrorism and militant extremism, responsible leaders in regional and world capitals alike must step up and tackle the momentous challenges at hand. Sword dances and lavish banquets aside, fundamental contradictions must be addressed.

In Yemen, Saudi Arabia is attacking the Ansarullah group, the one force that has proved adept at beating back Al Qaeda in the Arabian Peninsula, the most lethal of the global terrorist network’s franchises. The Saudi-led coalition’s Western backers explain their motive as support for “democracy,” even though the concept finds little favour either in Riyadh or among other Arab allies of the United States. 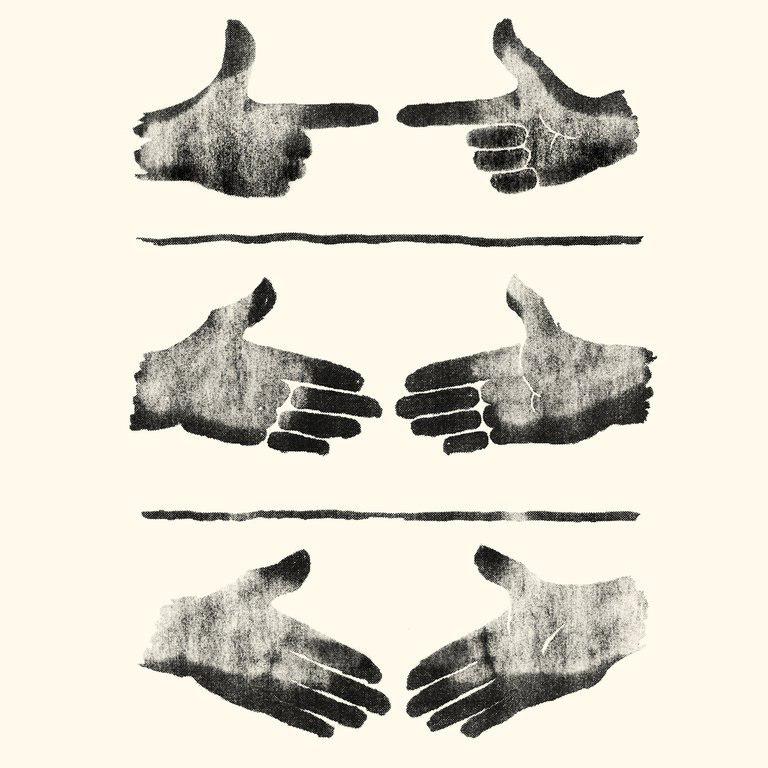 The absurdities of the tragedy in Yemen are sadly echoed in Syria. There, the forces fighting Wahhabi extremists on the front lines also face perils from Western counterterrorism policy, which is often arbitrary in its distinctions between allies and enemies.

Let me be clear: What President Trump called “lots of beautiful military equipment” won’t drain the swamps in which terrorism and extremist militancy fester. Neither will golden chains or glowing orbs provide a magical solution to the socioeconomic and political challenges that drive radicalization. What will work is a genuine effort to forge inclusive engagement among the regional powers based on a policy of coexistence and acceptance that military solutions are futile.

While Saudi Arabia spends countless millions promoting fear of Iran to distract from its global export of Wahhabism — which inspires the extremist ideology of Al Qaeda, the so-called Islamic State and many other terrorist groups wreaking havoc from Karachi to Manchester — Iran has been aiding the victims of extremism in Iraq and Syria. By helping to prevent the Islamic State from seizing Baghdad and Damascus, Iran is actively promoting a political solution to the conflicts in both countries.

In 2013, Iran proposed an immediate cease-fire and a plan to end the war in Syria. For over two years, Saudi Arabia categorically rejected the premise that the Syrian conflict had no military solution, clinging to the illusion that its extremist proxies would achieve victory on the battlefield by dragging the United States into the war. Innumerable lives later, in 2015, our Syria plan became the basis for United Nations Security Council Resolution 2254.

More recently, the dialogue initiative led by Iran, Turkey and Russia, while far from perfect, has also proved effective as a de-escalation mechanism. The twin-track diplomacy on Syria, where fighting has abated and counterterrorist efforts have made progress, provides a credible formula for conflict resolution elsewhere in the region.

In Yemen, since the first days of hostilities over two years ago, Iran has proposed a four-point plan to end the war, which Saudi Arabia boasted would be over in two weeks. The proposal entails securing an immediate cease-fire, dispatching emergency humanitarian aid, promoting dialogue among Yemeni groups and helping them to establish an inclusive government of national unity with the support of neighbours.

With seven million Yemenis on the brink of a man-made famine and virtually half of Syria’s population displaced, the crises are too urgent to waste time pointing the finger of blame at the parties responsible. Rather, to find a long-overdue end to these calamities, the regional powers must recognize and address the underlying issues that fan violent extremism.

In this vein, the United States and its allies face two choices. They can continue to lend moral and material support, and encourage the perpetrators to intensify their war efforts, though this has proved futile and only brings more death and destruction and further complicates the path to a lasting solution. Or, as Iran has stated from the start, these governments can focus on helping to forge inclusive political solutions with the participation of all the political groups involved.

Back in 1990, when I was a young diplomat, I witnessed how, in the aftermath of Saddam Hussein’s decision to turn against his Arab financiers and invade Kuwait, the foreign ministers of Saudi Arabia and its Arab allies failed to respond to their Iranian counterpart’s offer to explore an inclusive arrangement for regional security. With billions of dollars wasted on arms, and after years of bloodshed, we are back to square one.

If we don’t break this cycle, we will leave only the same momentous task to our children and grandchildren. We must be the generation that learns from history rather than be condemned to repeat it.