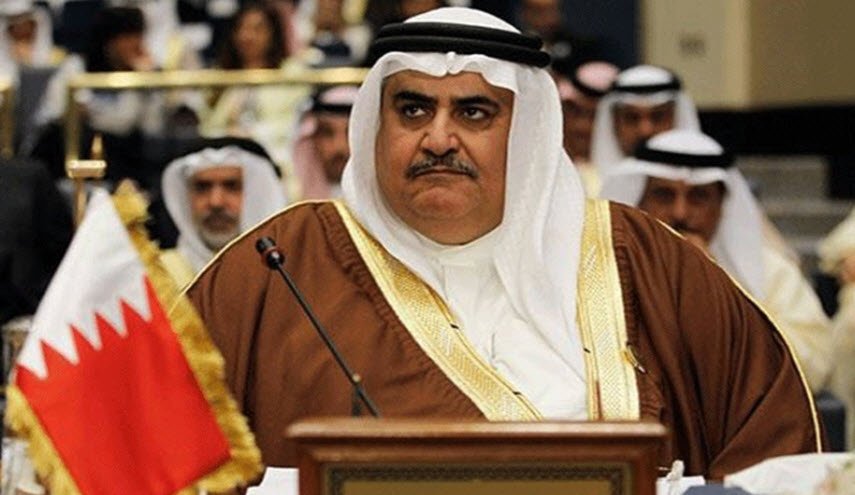 Bahrain’s Foreign Minister Sheikh Khalid bin Ahmed Al Khalifa claims Iran will not be allowed to shut the strategic Strait of Hormuz even for one day, warning that if it closes the corridor, it means it is “walking towards the abyss”.

Elsewhere in his remarks, the Bahraini official highlighted that Iran should review its policies towards the region and the US.

“We see a chance for Tehran to reconsider its policy, which has brought Tehran to the edge of the abyss,” he declared.

“We take these threats seriously and interact with each other, and these threats pave the ground for our allies to take positions to defend our interests.”

Sheikh Khalid said Iran’s threats are blunt threats to all regional states. “I still believe that Iran may think carefully before making such a decision because it would be a dangerous escalation that would not last for even one day.”

“In the past, Iran has made important decisions, such as ending the war with Iraq, which at that time Iran said it was like drinking the cup of poison. Perhaps Iran will move towards changing its policies. We do hope that at this sensitive moment they will make the right decision.”

Khalid’s comments came a few days after Iranian Foreign Minister said at the Asia Society in New York that “it is in our vital national security interest to keep the Persian Gulf open, to keep the Strait of Hormuz open. We have done that in the past and we will continue to do so in the future.”

On the recent tension with Iraq, the Bahraini minister said there are people in Iraq who are conspiring with the outside world, such as Muqtada al-Sadr, to insult Bahrain in the way Iran wants.

“When they saw Iraq was approaching Saudi Arabia and developing its ties with Bahrain and had opened embassies and consulates, they did not want it to continue, and he [Sadr] issued an insulting statement,” added Sheikh Khalid.

Earlier, Muqtada al-Sadr issued a statement demanding that the conflicts in Yemen, Bahrain and Syria be stopped immediately, and their rulers immediately step down. He also called on the United Nations to intervene to prepare the ground for fair elections in Manama without the intervention of other countries.

Bahraini foreign minister said “we waited for two and a half hours for the Iraqi government’s response to the statement but did not receive a response. Therefore, we summoned the Iraqi Charge d’Affaires and gave him a letter of protest, saying what was stated by Sadr is not acceptable.”

“We stressed that the Iraqi side is responsible for destruction of our relations, and you saw what happened. The Iraqi government subsequently issued a statement in support of Sadr and defended him and announced that he would summon Bahrain’s ambassador.”

He added that the key to solve this issue is in the hands of Iraq. “Does it want to interact with Arabs or it wants to continue this line? What is important to us is that we do not accept these statements and condemn any intervention in our affairs.”

He further called on the Iraqi government to continue its progress in improving relations with the Arab countries and to take care of it.

“If today an anti-Bahraini statement is issued, tomorrow it will be issued against Saudi Arabia which is now honestly trying to build strong ties with Iraq. These people, who make statements, are plotting under an order from outside Iraq. We want the Iraqi government not to allow these people to spoil the interests of both sides.”

“They want me to apologise to them for the answer to the person who insulted us, but they should have asked that person to apologise to us because he has insulted the Bahraini nation beforehand.”

“They also harm Iraq, its sovereignty and independence, especially when the Bahraini minister speaks of Iraq being controlled by Iran,” Al Jazeera quoted him as saying.

Bahraini Foreign Minister Khaled bin Ahmed in a tweet called al-Sadr a “dog” after the Iraqi top cleric denounced the wars in Yemen, Bahrain and Syria.