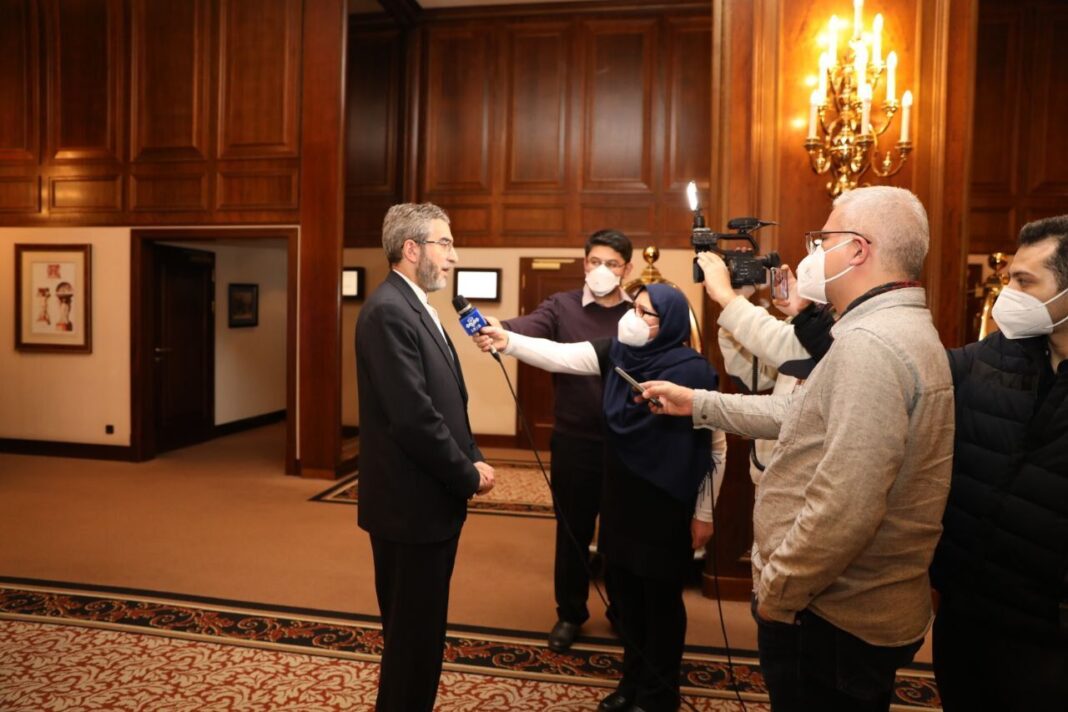 The head of Iran’s negotiating team in Vienna says the country has entered into talks with serious determination and strong preparation to get to lift the illegal and cruel sanctions imposed on the country.

Ali Bagheri made the comment late Sunday after meeting with heads of the Chinese and Russian negotiating teams as well as Deputy Secretary-General of the EU External Action Service Enrique Mora, who is head of the Joint JCPOA Commission.

“We had consultations with some parties to the talks before the start of the fresh round of talks,” he told reporters.

“Yesterday and today, Iran’s expert teams had fruitful meetings with those of Russia and China. Also today, Russian and Chinese ambassadors, who lead their negotiating teams in talks between the 4+1 group and Iran, met me at the site of the Islamic Republic of Iran’s mission to Vienna-based international organizations,” he added.

“In these meetings, we had different and fruitful discussions with the Russian and Chinese sides to get prepared to kick off talks between Iran and the 4+1 group in the new round of negotiations slated to start in Vienna on November 29, 2021,” he explained.

He said Iran is determined to get the United States’ illegal and cruel sanctions lifted.

“In this round of negotiations, the focus will be on the lifting of sanctions,” he added.