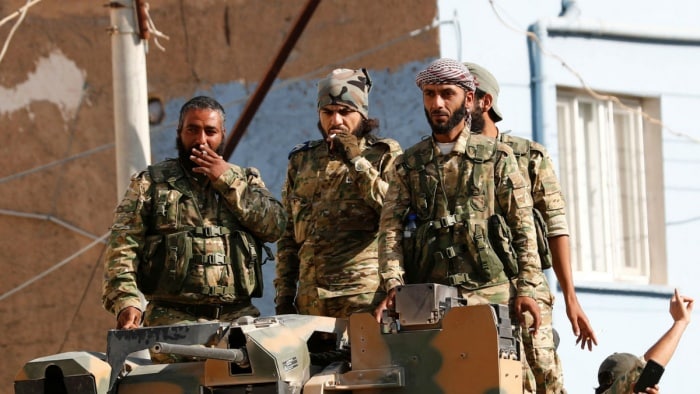 The Leader of Iran’s Islamic Revolution Leader has warned about the presence of terrorists operating near the Iranian borders as the Azerbaijan Republic and Armenia remain engaged in a military conflict.

Ayatollah Seyyed Ali Khamenei said reliable reports indicate some terrorists are involved in the conflict over the Nagorno-Karabakh region.

“If these terrorists operate near Iranian borders and if we feel they pose a danger to our country, they will definitely be dealt with seriously,” he said.

“They mustn’t come near Iran’s border,” the Leader stressed.

Ayatollah Khamenei then said the Nagorno-Karabakh conflict is an unfortunate event.

“Unfortunately, a war is going on in our backyard between two of our neighours: the Azerbaijan Republic and Armenia,” said the Leader.

“This war is a bitter event,” he noted.

Ayatollah Khamenei said the conflict is a security threat to the region.

“This war is not good for our country, either, and should end as soon as possible,” the Leader emphasized.

“The Azerbaijani territories occupied by Armenia should all be freed and returned to the Azerbaijan Republic,” he said.

The Leader noted those territories belong to the Azerbaijan Republic, which has every right to try to regain them.

“Of course, the security of the Armenians living in these territories should be ensured,” Ayatollah Khamenei said.

He said neither side should encroach upon each other’s internationally recognized borders.