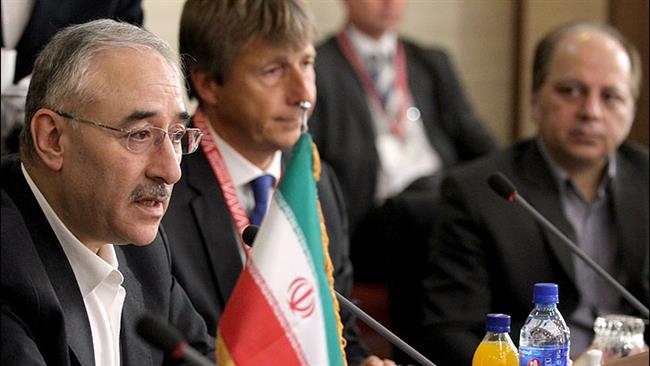 Iran says it plans to use the help of Austrian energy giant OMV to increase production at its oil and gas reservoirs.

Amir-Hossein Zamaniniya, Iran’s deputy petroleum minister for international and trade affairs, has told the media that OMV has announced readiness to provide Iran with technologies for operations that are known as Improved Oil Recovery (IOR) and Enhanced Oil Recovery (EOR).

Zamaniniya added that IOR and EOR technologies will be used for both oil and gas fields. However, that still depends on the removal of sanctions against Iran, as envisaged by the July nuclear breakthrough reached by Iran and the P5+1 group of countries.

In answer to a question on whether OMV officials have discussed the prospects to pipe Iran’s natural gas to Europe, the official emphasized that no plan is on agenda in Tehran for gas exports to Europe in the near future.

“The priority for Iran presently is to export gas to the neighboring states,” said Zamaniniya. “This will be economically justifiable and will also have immediate political benefits for Iran”.

A consortium led by Austria’s OMV is pursuing Nabucco project to pipe natural gas to Europe. It had originally designated Iran as a key supplier of the project. However, the country was sidelined from the scheme in 2008 due to a series of complications that emerged – the most important of which were US sanctions.