Australia at the Dawn of Closer Relationship with Iran: Minister 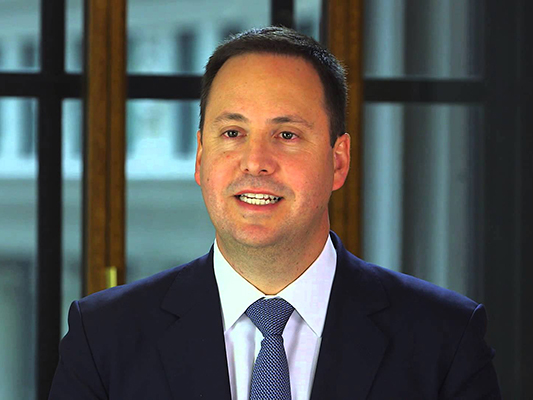 Australian Trade Minister believes that the country will be well-positioned in the Iranian market thanks to its historically strong ties with Tehran, even amid the tensions.

According to a report by Mizan, Australian Minister for Trade and Investment Steven Ciobo is in Tehran at the head of an economic and trade delegation in a move to prepare the grounds for promotion of Tehran-Canberra trade ties.

“I’m leading this delegation to open doors and to explore the Iranian commercial terrain – that’s about creating a pathway for Australia businesses to engage,” Ciobo told AAP.

“It’s obvious why Australia is so keen to get back on track.”

“For companies selling mining equipment and expertise, Iran is the jackpot: seven per cent of the world’s mineral resources are located there and with operations in arid and isolated regions not dissimilar to Australia,” he noted.

“Iran also holds some of the world’s biggest oil and gas reserves and wants to boost those exports.”

“And with its population of over 80 million, education, food, healthcare and water sustainability are lucrative areas for Aussie firms.”

“Now that the relationship is moving towards being on the right track there is of course significant potential there,” Ciobo noted, adding that Australia isn’t the only one to find a business bonanza.

The minister believes competition will be strong among other countries keen to make inroads into the once-economically isolated nation, including the US and UK.

But it’s thanks to a historically strong trade relationship that Canberra has maintained – including keeping an embassy open amid decades of political tension – that he’s confident Aussie firms will be well positioned.