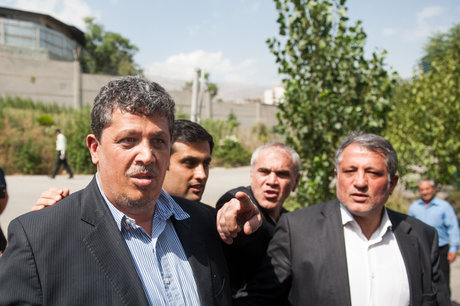 An arrest warrant has been issued for Mehdi Hashem, a son of the former Iranian president Akbar Hashemi Rafsanjani, for violating his parole.

“Unfortunately, he failed to return to prison after his parole ended; the necessary legal warning had been given to him, but he refused to come back to jail; accordingly, an arrest warrant was issued for him,” announced the Judiciary.

“Following remarks by an MP in recent days suggesting that Mehdi Hashemi had been released on parole ‘for an unlimited period of time,’ this is to inform you that he had been granted no unlimited parole,” the Judiciary added.

“Under the law, the convict had been let out on parole for a certain period of time, but he has been absent for quite some time,” the Judiciary said.

Mehdi Hashemi, who went on trial on economic charges, was sentenced, in early 2015, to imprisonment, paying cash fines and restitution, and was banned from holding public office.

He appealed against the ruling. Accordingly, the case was sent to the appeals court, which finally upheld the verdict issued by the court of first instance.