Army Chief Says No Sign of War Despite Iran’s Vigilance 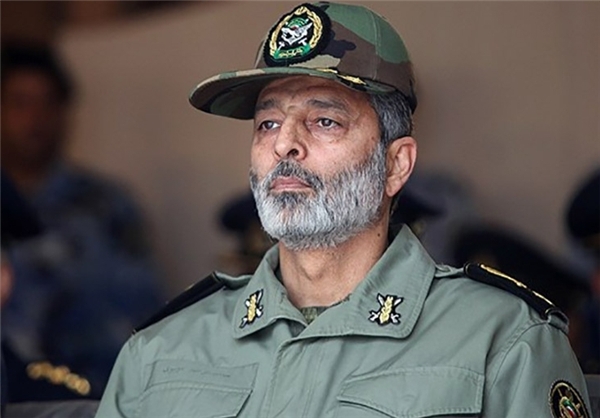 Commander of the Iranian Army has dismissed the possibility of the outbreak of a war, noting, however, that the Islamic Republic maintains a constant level of preparedness fit for the “night of attack”.

In comments on Saturday, Major General Abdolrahim Mousavi said Iran’s intelligence activities suggest that there is no possibility of a war.

“We are on the alert like the night of attack and the enemy is being closely monitored, but our intelligence monitoring does not show a war,” he added.

The commander also noted that Iran’s great “deterrence power” has frustrated the enemies.

In comments in May, Foreign Minister of Iran Mohammad Javad Zarif expressed confidence that no war would break out in the Middle East amid rising tensions between Iran and the United States.

“As Leader of the Islamic Revolution has also announced, we are certain that no war will break out because neither we want a war, nor has anyone the idea or illusion that it can confront Iran in the region,” Zarif had announced.

“However, it is necessary for the people of the United States to realize the dangerous moves inside the country,” he added.