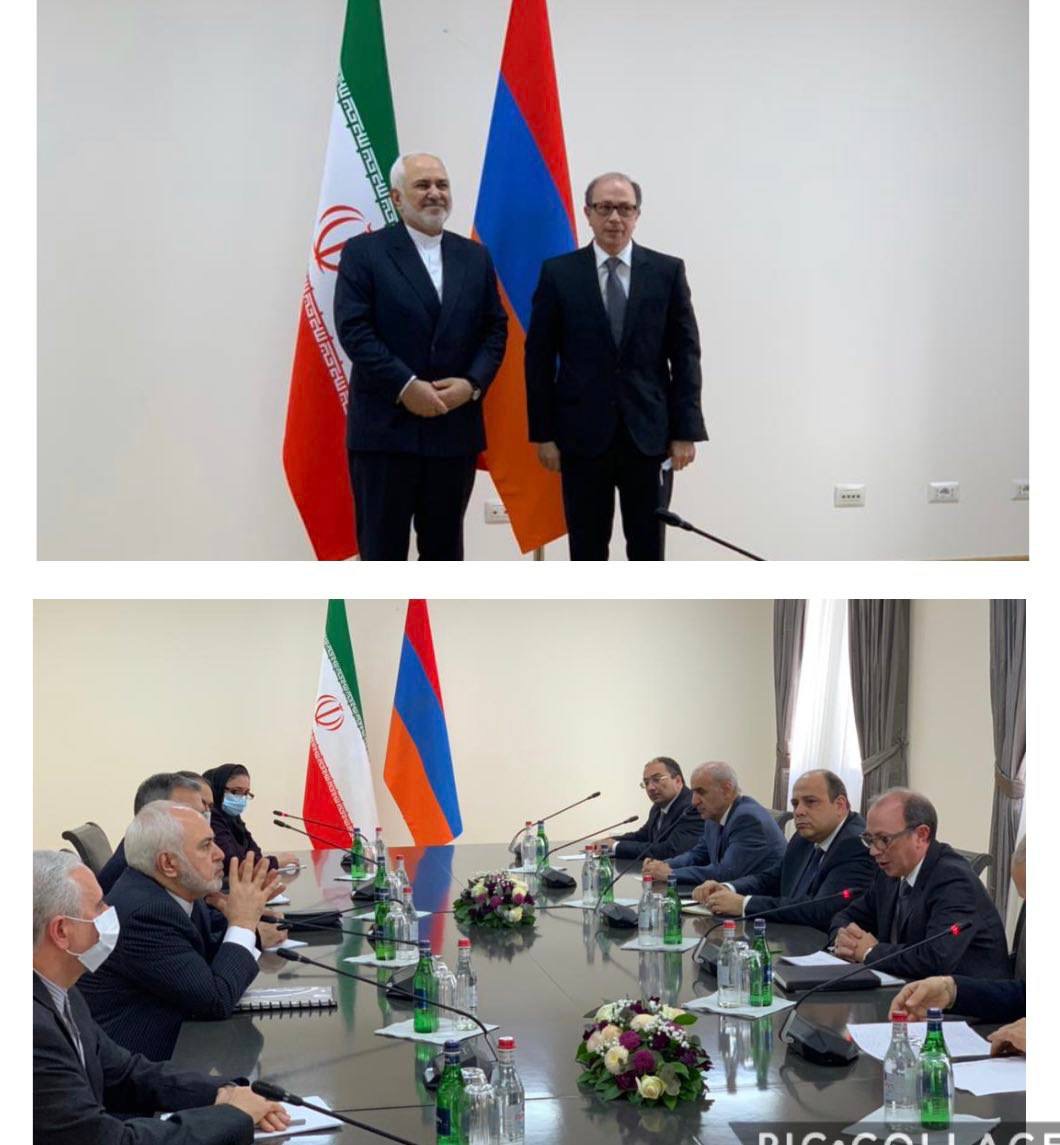 In the meeting held in Armenia on the third leg of Zarif’s regional tour, the top Iranian diplomat highlighted the cordial and good neighbourly relations between the two countries.

He said both Iran and Armenia enjoy age-old civilizations and a long history.

Zarif described Armenia as an important neighbour for Iran, and added Tehran-Yerevan relations are a symbol of interaction and dialogue between the followers of two faiths.

Iran’s foreign minister underscored the significance of territorial integrity, independence and national sovereignty of all countries in the region, including Armenia.

He said in is necessary to observe the rights of all ethnic groups in the region.

He described as a brave move the decisions by the Armenian government and Prime Minister Nikol Pashinyan to move toward the future.

Zarif expressed regret over the human losses inflicted during the recent conflict in the region and said Iran stands ready to offer whatever assistance and make any efforts in that regard.

He expressed hope the humanitarian issues caused by the conflict will be resolved as soon as possible.

He said Tehran is ready to work with Yerevan and other neighbours in that regard and to help boost economic development in the region by tapping into the opportunity created and by taking the common interests of regional countries into account.

The top Armenian diplomat, in turn, emphasized the significance of close political, economic and trade ties with Iran.

He described his meeting with Zarif as a good opportunity to exchange views on the prospects of mutual cooperation.

Aivazian touched upon the importance of regional stability and security, and highlighted Iran’s key role in the region.

Among other issues on the agenda of the talks were mutual banking relations as well as issues pertaining to transportation, Iran’s exports and the environment of the Aras river.