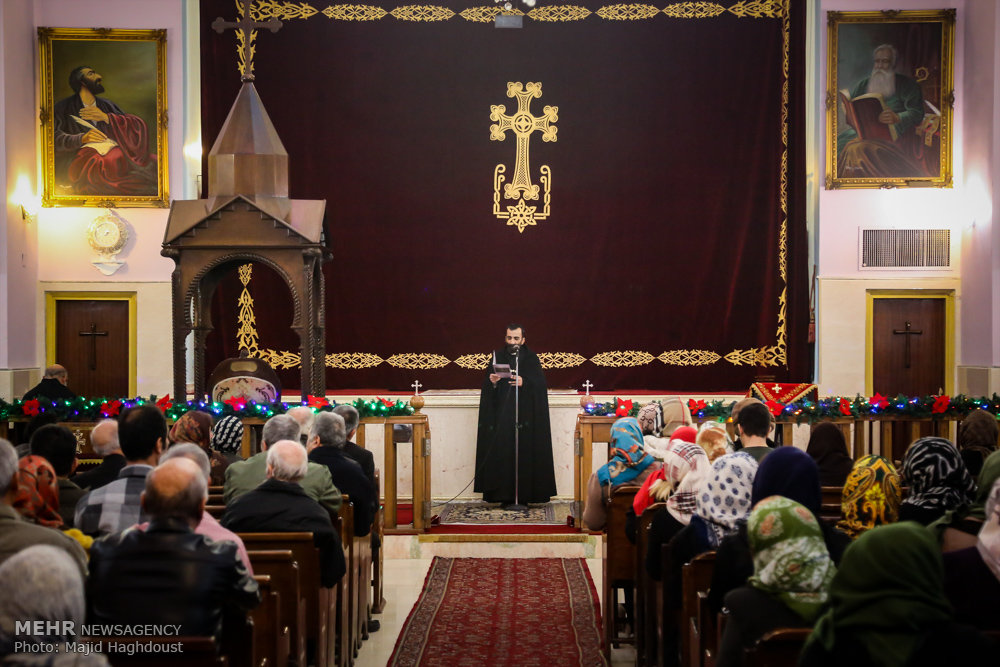 Iranian Armenians living in Tehran have celebrated the advent of Christian New Year at an iconic church in the capital city.

Armenians celebrated Christian New Year at Targmanchats Church in Tehran. The church building was initially constructed by the International Council of Christian Churches in cooperation with the Armenian Diocese of Tehran for the Armenians whose homes were destroyed in the 1962 earthquake in Boeen-Zahra region in Iran and, therefore, were forced to migrate to Tehran.

The church building was first nothing more than a simple hall. Later on, a church bell tower and a dome as well as other parts were added to it.

The facade of the church is made of red bricks, but the interior walls are covered with plaster.

The church has been extended through years.

The Christian New Year begins on January 1, marking the birth of Jesus Christ. In the West, Christians celebrate New Year’s Eve as the seventh day of Christmas.

Here are ISNA’s photos of the ceremony held a few days ago in Tehran: