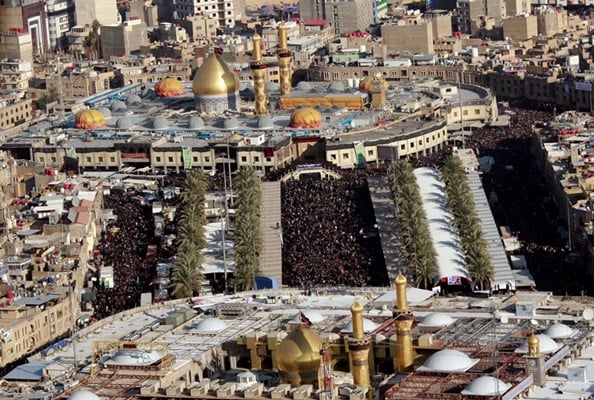 Spokesperson for Iran’s Foreign Ministry has expressed confidence that Iraq will get through the recent unrest, saying the internal Iraqi issues would have no effect on the large gathering of Shiite Muslims marking Arbaeen in commemoration of Imam Hussein (PBUH).

In an interview with IRIB on Monday, Seyyed Abbas Mousavi said the Iraqi government and nation will weather the current situation and resolve their internal problems through unity and cooperation.

“The Iraqi government and nation have a rich history, are mature and grown-up, and have gone through many crises in this period, either under the American occupation or afterwards,” the Iranian spokesman added.

Hailing Iraqis for their success to deal with the previous crises with wisdom and consensus among the political and religious figures, Mousavi advised the opportunistic parties not to pin hopes on the recent unrest in Iraq.

“It is an internal issue of Iraq, and will be settled soon by the Iraqi government and nation and by all groups, all individuals, characters, religious figures and Marja’s and influential people inside Iraq itself,” he noted.

Mousavi further said this year’s Arbaeen processions and mourning ceremonies “will held more magnificently than the previous years”, regardless of the recent developments in Iraq.

The spokesman underlined that the Shiite Muslims from Iran, Iraq, and all parts of the world are going to join the mass gathering of lovers of Imam Hussein (PBUH) in this year’s Arbaeen season.

On Saturday, commander of the Iranian Police said the number of Iranian pilgrims traveling to Iraq for Arbaeen has risen by 80 percent compared to the previous year.