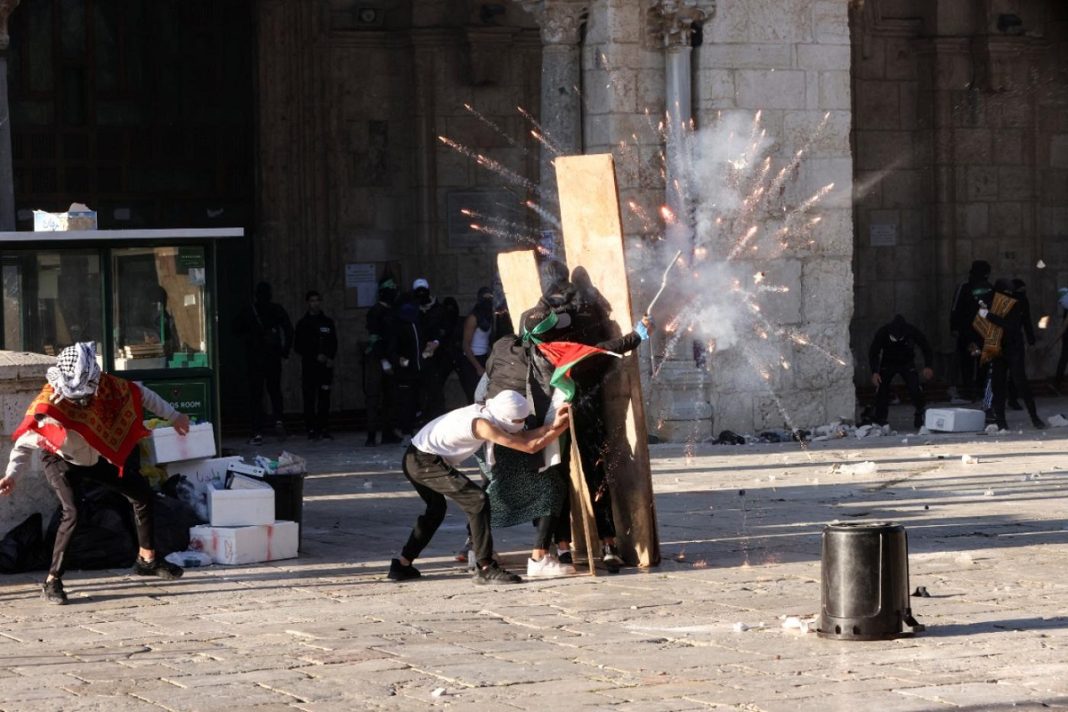 In an extraordinary session in the Jordanian capital Amman, the Arab League top diplomats stressed that the actions of the Israeli regime are a clear provocation of the feelings of Muslims, undermine the freedom of worship in al-Aqsa Mosque and the free entry of worshipers to this place and could ignite a cycle of violence that threatens security and stability of the region and the world.

The Arab League foreign ministers called on Israel to respect the status quo of the al-Aqsa Mosque and allow the situation to return to its status before 2,000.

They stressed that Israel must respect the al-Aqsa Mosque as a place of worship only for Muslims, and that the presence of non-Muslims must be coordinated by the Department of Islamic Endowments.

He added that Israelis violate their duties as an occupying force in accordance with international law and refuse to recognize the Palestinians’ right to access holy sites and places of worship.

Israeli forces have stepped up their incursions into the al-Aqsa Mosque compound and attacks on Palestinian worshippers over the past weeks.