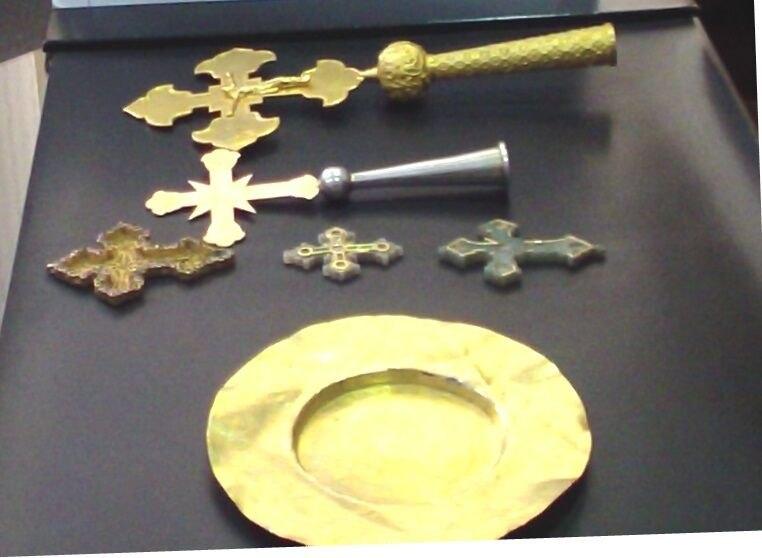 The Iranian Police have arrested a person who had rented a safe deposit box at the vault of a European bank to store valuable Iranian antiques, which have been detected by the International Criminal Police Organisation, INTERPOL.

Commander of the INTERPOL office at Iran’s Police said the ancient Persian relics that have been discovered in a European bank are made out of gold and silver.

The INTERPOL office at the European country detected the ancient antiques after one of the banks in that country announced plans for the reconstruction of the bank building and informed the clients that it would open the safe deposit boxes at its vault, General Hadi Shirzad said.

In the meantime, the bank officials found out that one of the safe deposit lockers contains several pieces of golden and silver antiquity, the general noted, saying the INTERPOL office in Tehran was informed of the discovery.

Considering the significance of the case, a team of experts from Iran’s Ministry of Cultural Heritage, Tourism and Handicraft conducted a survey and realized that the antiques date back to the era of the Achaemenid, the Parthian, and the Sasanian empires, the general added, noting that it became clear that the person who had rented the safe deposit box is an Iranian citizen.

After the Ministry of Cultural Heritage, Tourism and Handicraft ascertained that the antiques belong to the government of Iran, a team of Police obtained a search warrant, raided the residence of the renter of the safe deposit box and arrested the person, the commander noted.

General Shirzad said arrangements have been made with the officials of the European country through diplomatic channels to allow for judicial assistance to secure the restoration of the ancient antiques.