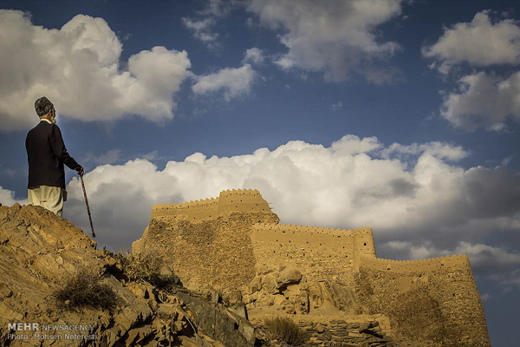 Forg Castle is located in a namesake village in eastern province of Southern Khorasan. It is one of Iran’s attractions that date back to the Afshar era.

Forg Castle is located in Forg Village, one of the districts of Darmian town, 90 km east to Birjand City and 10 km to Asadieh City in eastern province of Southern Khorasan. Materials used in the building include stone, brick, clay, gypsum, lime and mortar (Sarouj).

[The ancient castle dates back to the Afshar era. It was built by Mirza Baqa Khan during the Nader Shah era.The interior part of the castle includes the residence of servants, animal shelter and ammunition depot.]

The following is a photo gallery of the castle posted online by the Mehr News Agency on December 11. Take a look: