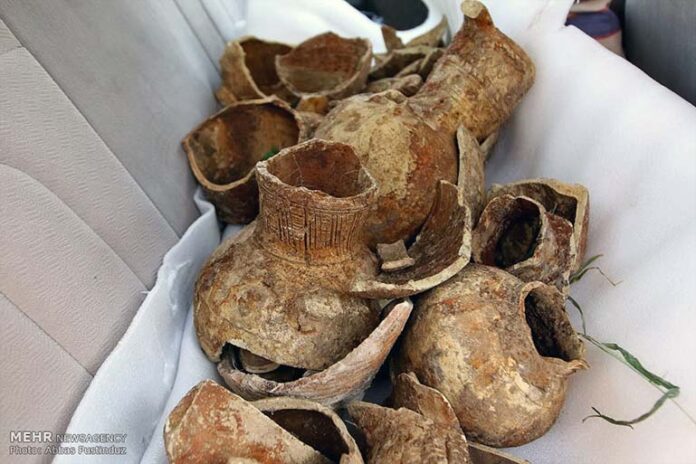 During construction work to install the ventilation ducts of a subway station, a number of ancient pottery vessels have been discovered in Isfahan.

The director of the provincial Cultural Heritage Department in Isfahan said a number of earthen vessels dating back to the Seljuq era have been excavated in the vicinity of a subway station in the central city.

Fereydoun Allahyari added that the pottery vessels were discovered during construction work to install the ventilation ducts of the station at a depth of six meters.

He said that an expert panel of three archeologists is at the scene and it seems that the finds are about 900 years old.

Mehr News Agency has published online the images of the excavated pottery vessels: