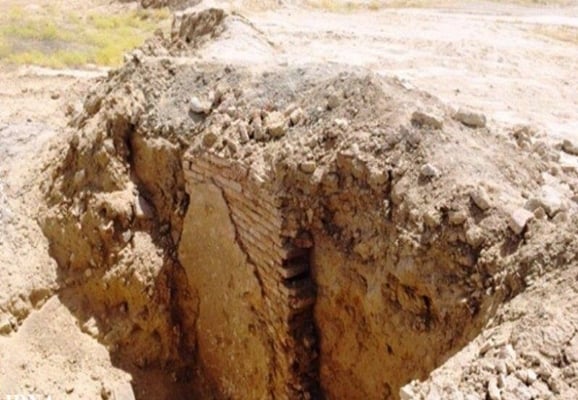 Recent excavations in the ancient city of Rey in southern Tehran have resulted in the discovery of brick structures belonging to early Islamic centuries and the broken dishes of the Seljuk era.

Senior archaeology official Qadir Afroond says an architectural structure belonging to the early Islamic period was recently discovered at a depth of 4 metres in the course of excavating a piece of land near the Imam Ali highway belonging to the Shahr-e-Rey Chamber of Guilds.

“In the initial exploration of this region with a total area of 90 square metres, the architectural structures of the early Islamic centuries (probably the Buyid dynasty) and a broken clay dish belonging to the Seljuk period were discovered,” added Afroond, who is the Director of the Archaeology Department at the Cultural Heritage, Handicrafts and Tourism Organisation of Tehran Province.

Rey, which has been the capital of Iran for many years and is a major archaeological area of Tehran province, has a lot of historical monuments and tourist attractions. The 6,000-year-old city is considered the third religious city of Iran as it receives more than eight to 10 million pilgrims and tourists every year.

Rey is located in the central plateau of Iran. Bibi Shahr Banoo and Arad mountains as well as the 5,000-year-old Cheshmeh Ali hill are the oldest archaeological sites of Rey.

Rey was the first place in Iran that was connected to capital Tehran by a railroad in 1888 as it was the only important pilgrimage site in vicinity.