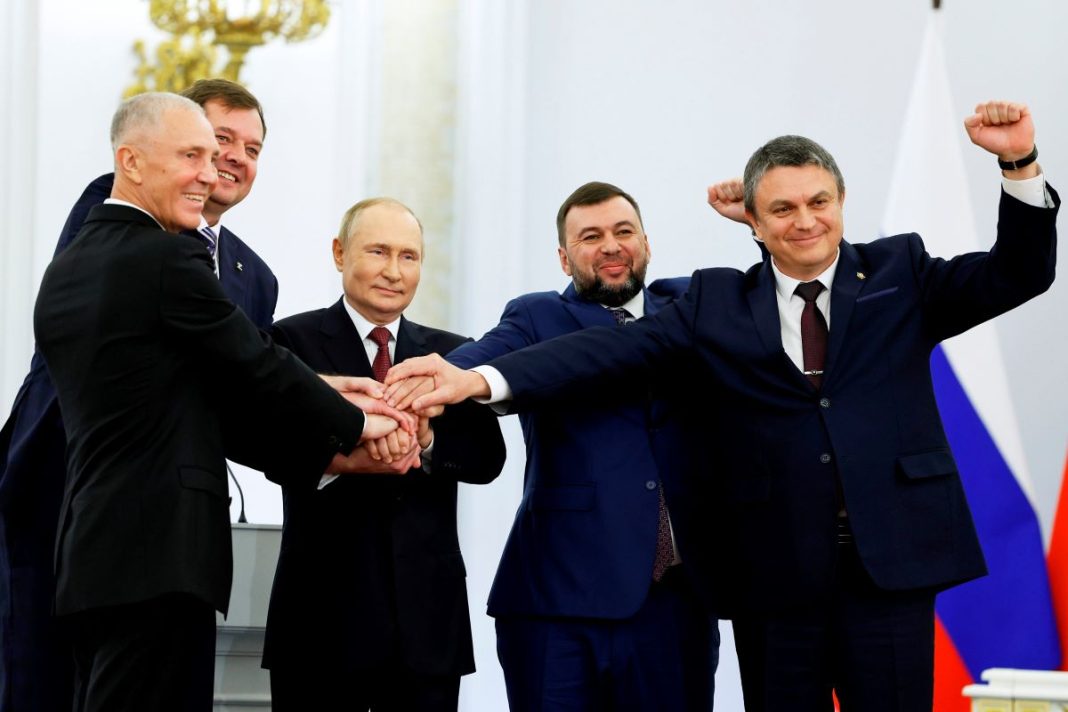 After Russian President Vladimir Putin’s annexation of four Ukrainian regions, Russia and Europe seem to be willing to put an end to the conflict in Ukraine and stop the spillover effects across the world, but it all depends on Kiev’s reaction to the developments, an Iranian analyst and former diplomat says.

Abdolreza Faraji Rad, Iran’s former ambassador to Norway, told ILNA news agency that if Ukraine yields to the Putin’s move to formally sign Kherson, Zaporizhzhia, Luhansk and Donetsk as Russian territory, the two sides can sit down to end the war.

However, Farajdi Rad said if Ukrainian leaders insist on their stance, the scarier scenario will unravel and will get the whole world involved.

“The fact is that the Ukraine war has reached a deadlock due to Kiev’s aggressive stance, and Russia is facing this deadlock with 15,000 nuclear warheads,” he explained.

He pointed out if Ukraine, aided by the West, continues to have the upper hand, Russia will resort to chemical attacks as a first stage, adding launching a nuclear attack is a far-fetched possibility.

The former Iranian diplomat said Russia would seek to avoid a nuclear attack as it is aware of the severe consequences, including being expelled from the United Nations Security Council, losing its veto power, and the ensuing international sanctions.

As presidential elections are approaching in the US, Europe also favors cessation of hostilities in Ukraine as a prolonged war would set the stage ready for anti-Europe and anti-NATO former US president Donald Trump to win the presidency, Faraji Rad concluded.