An all-star match; Azadi Stadium to go orange on Friday 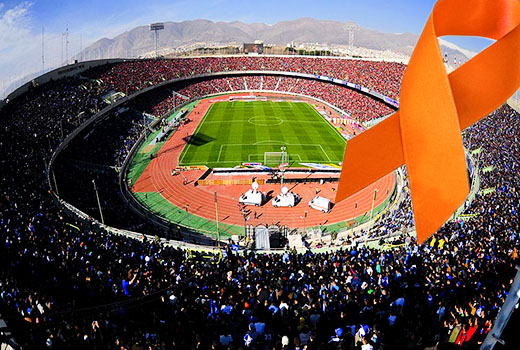 The greats of the world’s football will play against Iran’s soccer stars on Friday to raise money for MS patients.

Iran’s football stars of the past will line up against the world’s all-star team which brings together superstars such as Roberto Carlos, Luis Figo, and Joaquin Romeo, at Azadi Stadium in Tehran on Friday (August 28) to raise money for a society which supports MS patients in Iran.

Fans who want to watch the encounter in the stadium have been asked to appear in orange, the color of the Iranian Multiple Sclerosis Society, or carry orange flags during the matchup [a fundraiser] which will start at 19:00 p.m. local time, according to Varzesh3.com.

Dr. Jamalian, a well-known benevolent figure, has paid over $1,600 for a ticket of the match the proceeds of which will go in its entirety to the Iranian society which supports MS patients.

The World Stars, a team which was put together a few years ago, takes the field once a month in a country to raise funds for people who are suffering from a disease or disaster. Support for Ebola patients in Africa was one of the latest fundraisers of this team.