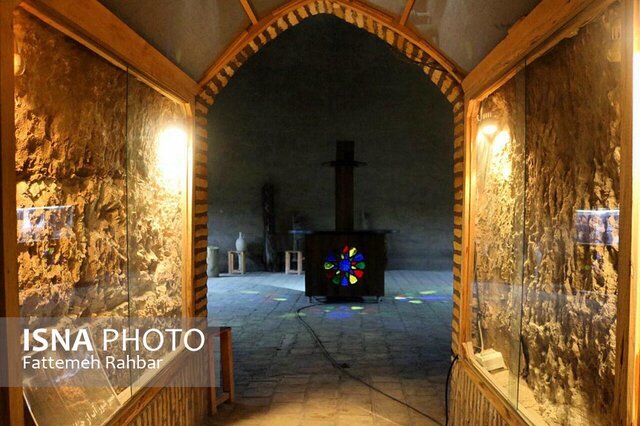 Amir Chakhmaq water reservoir, a remnant of the Timurid era, is one of the unique water storage facilities of the Iranian city of Yazd.

Amir Chakhmaq water cistern is one of the endowments of “Setti Fatemeh Khatoon”, wife of Amir Chakhmaq Shami who was one of governors of Shah Rukh, a son of Timur (Tamerlane). It was built at the time of the establishment of the Amir Chakhmaq Complex.

Like the complex, it was built for the welfare of the people behind the gate of the city of Yazd.

This cistern, which is located on the left side of the entrance to the Amir Chakhmaq Complex, was created before the construction of the complex as a water reservoir facility. But after the construction, with the creation of a dome and 49 steps, it was turned into a cistern.

To prevent the water from entering the square, it was built along with the cellar, and unlike all existing water storage facilities, its faucet is not located in front of the entrance.

Three wind catchers are also embedded in the cellar, which are designed to circulate air and eventually water into the cellar.

The floor of this reservoir, like most water cisterns in Yazd and the country, is used to prevent water escaping. It means that it is covered with a layer of lead and nourished by the Qanats of Kheyrabad and Fahraj.

To keep the cellar’s water stable, some lime, coal and clay has been added to the water.

And finally, to remove the algae, they put a few fish in the water to eat them. When a dead fish was seen on the surface, they stopped the use of water till the cause of the death is found.

This water reservoir has now turned into a museum of water-related tools, and tourists get acquainted with this sophisticated and clever system.

Here are photos of the cistern retrieved from ISNA: