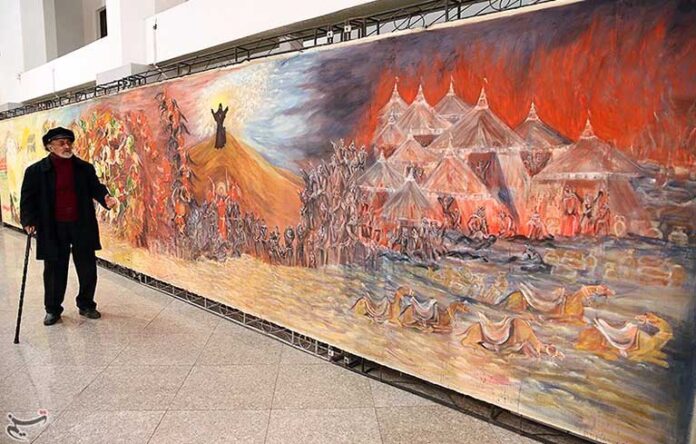 My goal was to make those who set their eyes on this painting ponder, says the painter.

Abbas Ghaneh has painted all that happened on Ashura [the day Imam Hussein, a grandson of the Prophet Muhammad, was martyred as he led an uprising against the tyranny of the time more than 13 centuries ago] on a massive canvas which has been unveiled at a workshop of the Arts Division of the Islamic Development Organization.

Ghaneh, who has a degree from a German university, says it took him two years to complete the painting which covers different incidents that unfolded on that fateful day. “My goal was to make those who set their eyes on this painting ponder.”

The following images of Ghaneh’s painting on canvas have been issued by Tasnim News Agency: