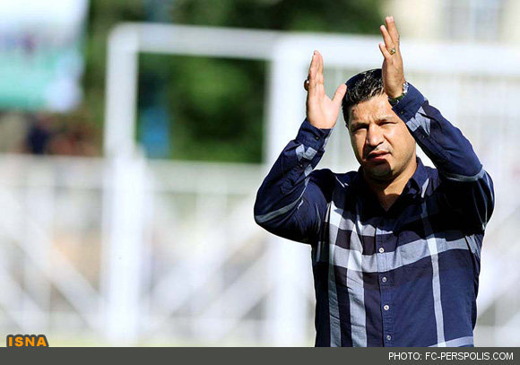 Ali Daei, the world’s all-time leading goal scorer, has sent a message to Iran’s national soccer team captain, wishing him and the squad every success in the 2015 Asian Cup.

The 2015 Asian Cup will kick off in less than a week in Australia. The Iranian national soccer team is now in Australia. On January 6, Ettela’at, a daily, reported that Ali Daei, who holds the title of the most prolific scorer in the soccer world, has sent a letter to the national team captain Javad Nekounam to lift the spirit of the skipper and his squad. What comes next is the translation of the message of the former national team captain and coach:

In an interesting move, Ali Daei congratulated Javad Nekounam on his imminent shattering of the record of the number of matches he has capped – a record Daei has held on to for years – and also wished the Iranian national soccer squad every success at the 2015 Asian Cup.

“Dear Javad, the national soccer team captain, I appreciate your efforts and I am wholeheartedly delighted that you will soon claim the title of the national team player with the highest number of matches under your belt. I congratulate you on that imminent achievement.

“I also hope that an Iranian will smash [my] world record for scoring goals in official international football matches so that the title will remain Iranian. I am aware that Iran head coach Carlos Queiroz is not happy with preparations for the [Australia] event and the national team has not been given what it deserves.

“However, I am sure that Queiroz, you and your teammates will make us proud and prove that in spite of all obstacles, you can make it. As a fan of the national team, in every moment of your upcoming matches, you are always on my mind and you will be in my prayers.

“God willing, I will fly to Australia for the final match to see firsthand our captain and his teammates lift the trophy [after the blow of the final whistle]. I want you not to pay attention to shortcomings and biased comments. I have no doubt that you, the national team, Carlos Queiroz and his assistants all deserve the best. I wish Iran and the Iranians every success.”