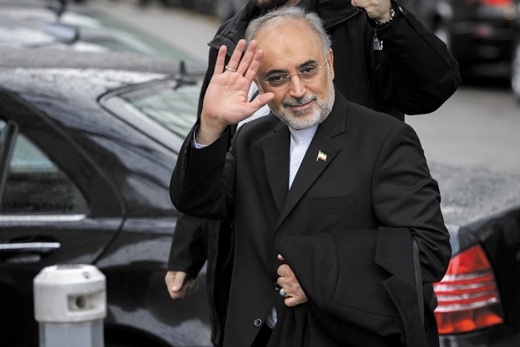 Salehi is described as fiercely loyal to his country, but also a voice of reason to whom negotiators could appeal in times of crisis.

Director of the Atomic Energy Organization of Iran Ali Akbar Salehi has secured a berth on Nature’s list of “Ten people who mattered this year”.

The following is the Salehi part of an article the science journal’s Davide Castelvecchi wrote:

The head of Iran’s nuclear programme helped to forge a pact to keep it peaceful.
On 14 July 2015, Iran signed an agreement with six world powers to limit the country’s nuclear development in exchange for lifted international-trade sanctions. If the deal is implemented successfully — still far from certain — it could ease years of tension over Iran’s alleged efforts to build nuclear weapons and so allow the country to become a major player in global science. That an accord was reached at all, however, was due in no small measure to nuclear engineer Ali Akbar Salehi, who is head of the Atomic Energy Organization of Iran. He worked closely with his US counterpart, energy secretary Ernest Moniz, to iron out the deal’s technical aspects.

Educated at the American University of Beirut and the Massachusetts Institute of Technology in Cambridge, Salehi returned to Iran after the Islamic Revolution of 1979 and quickly rose to top posts in both academia and the government. By the 2000s, he had become the international face of Iran’s nuclear programme — a man described as fiercely loyal to his country, but also a voice of reason to whom negotiators could appeal in times of crisis.

Salehi is said to be a deeply spiritual person who has the trust — and the ear — of the country’s supreme leader, Ayatollah Ali Khamenei. And he is one of very few people to have held senior posts in both hardline and comparatively liberal governments.

This talent for building bridges is what enabled Salehi to work so effectively with Moniz during the negotiations, says Reza Mansouri, an astronomer at the Institute for Research in Fundamental Sciences in Tehran and a former deputy science minister of Iran; they shared the language of science. Mansouri, who has known Salehi for more than three decades, says that he has the modern, rational frame of mind that enables people to “agree on how to talk to each other”.