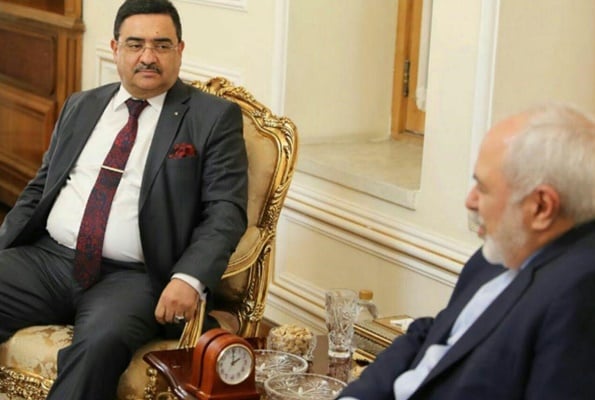 Abdelhamid Si Afif, the Chairman of the Committee on Foreign Affairs, Cooperation and Emigration of the National Popular Assembly of Algeria, says his country is not influenced by the Western propaganda against Iran and is interested in enhanced ties with the Islamic Republic.

He made the comments in a Sunday meeting with Iranian Foreign Minister Mohammad Javad Zarif in Tehran.

The top lawmaker said his country attaches great importance to its friendly and brotherly relations with Iran, and is ready for extensive cooperation with Iran.

He highlighted his country’s independent policies, and stressed that Algeria avoids interfering in the internal affairs of other countries.

Si Afif said Algeria is not influenced by third parties’ anti-Iran propaganda, and is willing to further enhance its relations with Tehran in various fields.

Zarif, for his part, highlighted the friendly and brotherly relations between Tehran and Algiers, and said the ties have been based on long-term friendships and close cooperation among the two states.

Zarif hailed the level of Iran-Algeria political collaborations and reciprocal visits of the two states’ officials, and expressed the hope that bilateral economic relations would further expand through the efforts of both sides.

The Iranian foreign minister praised the African country’s principled and logical policies, saying that Algeria adopts good stances towards various issues including Iran’s nuclear program and fight against extremism, among others.

He also expressed Tehran’s preparedness to further expand its cooperation and bilateral relations with Algiers in different fields.