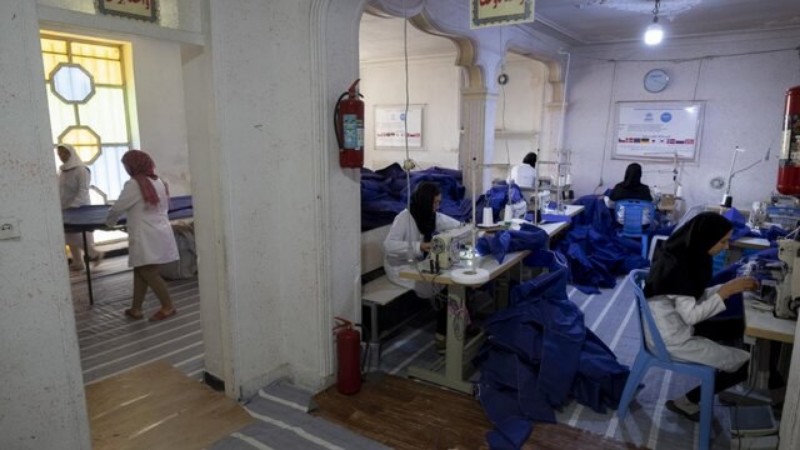 Zeinab Shaban, a thirty-four-year-old Afghan woman who is living in Iran, has launched a successful business and manufactures hospital clothing to help Afghan and Iranian staff.

There is a country in the “New World Order” that does not exist – with a population of about 71 million people of different races and ethnicities.

They speak different languages, they don’t practice the same religion, they don’t have a flag, and if they had, it might be red and black.

Every day, 37,000 people are added to the population of this country with no fixed geography; people who have less in common, but have one pain in common: displacement.

War and conflict, violence and persecution are the main cause of these displacements. Afghanistan has the second largest number of asylum seekers with 2.7 million people.

As statistics show, most Afghan asylum seekers either migrate to neighbouring Iran – or at least cross the border into other parts of the world.

At a time when many people are displaced by war and insecurity from their home and homeland, the economic activities of refugees in Iran are a good example of how effective measures by both sides can transform the lives of refugees and their hosts.

Zeinab Shaban is one of those who has taken the initiative in the battle of life. The one who was once classified as a “refugee” is now a refuge for some families. She is one of a million Afghan refugees in Iran who have fled their home country in search of security and a new life after 40 years of conflict.

The Iranian government continues to implement its policies on refugees in the fields of health, education and livelihoods, and with the assistance of the UNHCR, provides various training packages of entrepreneurship to young immigrant refugees such as Zeinab.

At the age of 19, she learned sewing skill at a technical training course and based on it, she designed a business plan.

“When I lost my husband, I realised that if I was going to make something of myself, something that I would be really proud of, now is the time,” she says.

With the support of the Office of the United Nations High Commissioner for Refugees in Shiraz, she could buy a set of sewing equipment to produce clothes at home.

She says she had started out on a small scale and received a few orders from neighbours, but after a short while the orders increased.

Zeinab recognised the potential for expansion of her job and signed contract with one of Iran’s largest hospitals in Shiraz.

“I could sign a contract to produce clothes for the largest hospital in southern Iran,” she said.

Hospital officials, impressed with the quality of her products, increased their orders, and Zeinab quickly became the main supplier of hospital’s clothing. She also visited other hospitals and signed other contracts with three medical institutions in southern Iran, as well as several medical and pharmaceutical stores. 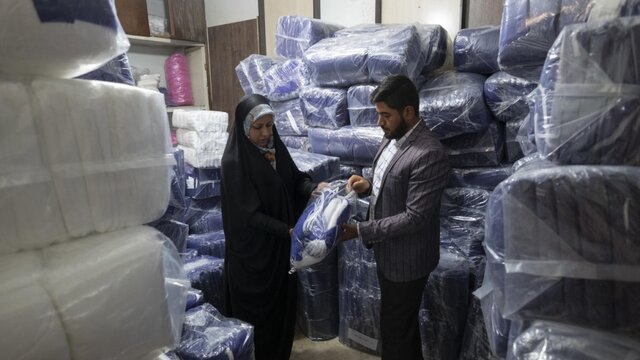 To meet this growing demand, Zeinab, with the support of the UNHCR, purchased 13 professional sewing machines and other stuff to equip her workshop with all the equipment to design, manufacture and distribute hospital clothing and bedding.

Obtaining a formal license and registering the workshop allowed Zeinab to create jobs for others as well.

She recruited over ten Afghan and Iranian women and gave priority to the most vulnerable ones. In addition, she has run a free training program for Iranian and Afghan women and has trained more than 200 women since 2014. She has helped them improve their skills. 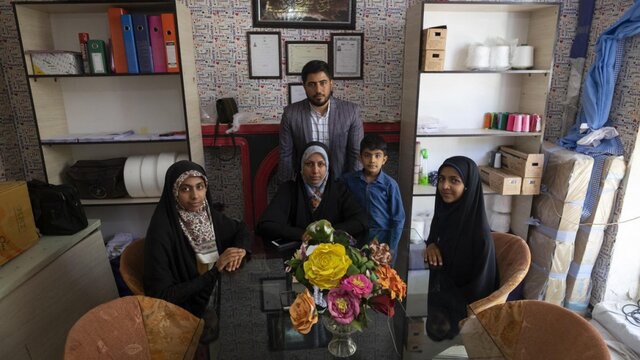