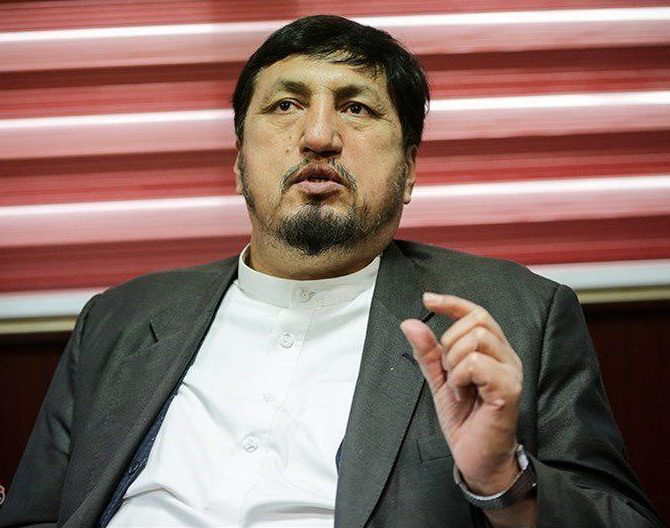 A member of the Afghan Parliament has praised the mechanism of holding presidential election in Iran, and has compared the turnout in the Middle Eastern country’s vote with that in the polls in the so-called democratic European states.

The representative of Afghanistan’s central province Daykundi in the Parliament, Nasrollah Sadeghi Zadeh Nili, has, in a Farsi interview with the Tasnim News Agency, weighed in on the importance of Iran’s presidential election.

He says in the modern world, where democracy does not receive due attention in many countries and has turned into a slogan and a weapon in the hands of world powers to achieve their goals, the world is witness to the prominence given to the effective implementation of the system in Iran.

According to a report by IFP, commenting on the distinguishing features of Iran’s democracy, compared with that practiced in other states, he said two issues are given special prominence in Iran’s election: 1) The Establishment’s Islamic aspects and people’s belief about Islam, 2) Implementing democracy and respecting people’s votes.

Sadeghi Zadeh Nili added these two issues have formed a perfect and right combination with regard to the elections in Iran.

“The absence of such a trend is noticed in most of the Muslim countries and those states that consider themselves the motherland of democracy. In none of these countries holding elections and taking part in them are taken as seriously as it is regarded in Iran. I maintain that democracy and Islam are intertwined in Iran.”

He noted that Iranian people have always come to the scene on such occasions and had a significance presence in their votes, adding more than 70 million people participated in the Iranian elections even in the most difficult circumstances such as the initial days following the victory of the 1979 Islamic Revolution when insecurity had risen sharply in the country and when Iran was at war with Iraq during 1980-88.

Iran can be a role-model in this regard for other countries to follow, the Afghan Parliament member said.

Expounding on the reluctance of people in Western countries to participate in their elections, he said most of the votes held in Western states attract a low turnout.

“Over 30 elections have been held in Iran [so far] which is an eye-catching record and a good example for other nations.”

Sadeghi Zadeh Nili called on the Iranians to prevent the recurrence of the tragic events that occurred following the country’s 1th presidential elections in 2009, saying the Iranian nation know it very well that they should not let what occurred in 2009 happen again given the enemies out there, in the region and world, lurking for them in ambush.

“The Iranian people are well aware and will not let the healthy electoral excitement turn into tension among the candidates’ supporters.”

He further referred to the presidential contenders in Iran’s May 19 election and their inclinations as well as similarities and differences, and said although these candidates belong to different parties, all believe in and uphold a certain set of principles.

“They only have different views on how to manage the country and serve people.”

The member of Afghan Parliament stressed that the West and the US seek to meddle in Iran’s internal affairs to champion their interests.

Another important issue, he said, is that of the region, adding Iran’s greater stability and security, durable peace and active presence in political arenas, will lead to the increased stability in the region and Afghanistan.

“The world has turned into a village where connections are very close and effective and made at a high speed. No doubt, the impact of any changes or transitions [in Iran] will spill over to other states.”

He added although Iran and Afghanistan have their own special borders and interests, their benefits, developments and expediencies can go beyond the borders to influence other countries and the region.

“Therefore, Iran’s election, along with its related issues, has a bearing on the region, and, particularly, Afghanistan, which is in close proximity to the country and very much affected by it, and impacts on them.”