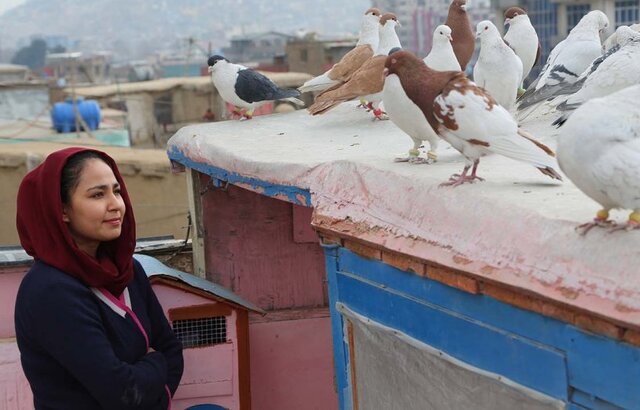 The Afghan movie “Hava, Maryam, Ayesha”, directed by Sahra Karimi and championed by Angelina Jolie. is on the list of the nominations for the 92nd Academy Awards.

The movie, which was unveiled at the Venice International Film Festival this year, is the first feature film by Afghan documentary maker Sahra Karimi, who has also made the film “Afghan Women at the Wheel.”

In this film, Karimi challenges common clichés about Afghanistan, especially with regards to women. She recounts the story of life of three women from three different social classes in today’s Kabul each of whom faces different challenges.

“Hava, Maryam, Ayesha” is a production of Afghanistan’s independent cinema, and made in real locations in the streets of Kabul despite insecurity which has made filming difficult in the country.

Hollywood actress Angelina Jolie has also hailed “Hava, Maryam, Ayesha” as a film which portrays the delicacy, beauty and spirit of Afghan women with regards to marriage, love, friendship, family and maternity. She has also said any film made in Afghanistan is a victory against injustice and reminiscent of everything related to millions of Afghan women at a time when the future of the country is rife with jeopardy.

The final list of nominees for the 2020 Academy Awards will be announced on Janaury 13. The award-giving ceremony will be on February 9.