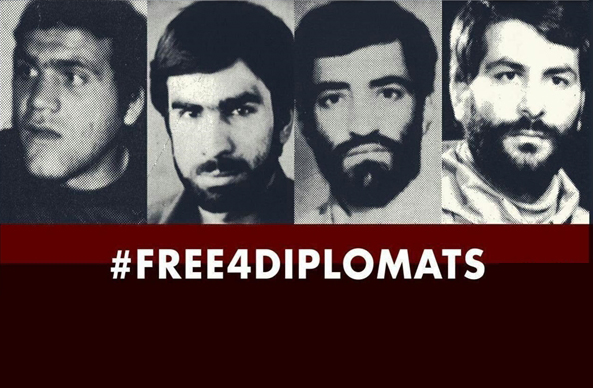 In a post on his Twitter account on the 37th anniversary of the abduction of the Iranian diplomats in Lebanon, advisor to the Iranian Parliament Speaker Hossein Amir Abdollahian said the four abducted Iranian diplomats Seyyed Mohsen Mousavi, Ahmad Motevasselian, Taqi Rastegar Moqaddam and Kazem Akhavan were brave man who are still held in Israeli jails.

The diplomats were kidnapped by a group of gunmen at an inspection post in northern Lebanon on July 4, 1982.

Earlier, Iranian Foreign Ministry issued a statement on the 37th anniversary of the abduction of the diplomats, reiterating its call on the international bodies to follow up on their fate.

In the Friday statement, the Foreign Ministry stressed that based on ample evidence, the Islamic Republic of Iran holds the Zionist regime of Israel and its allies legally and politically responsible for the abduction and the terrorist move.

Four Iranian diplomats – the then charge d’affaires of the Iranian embassy in Beirut Seyyed Mohsen Mousavi, military attaché Ahmad Motevasselian, embassy technician Taqi Rastegar Moqaddam and a journalist working for the Islamic Republic News Agency Kazem Akhavan were kidnapped by a group of Israel-backed gunmen at an inspection post in northern Lebanon on July 4, 1982.